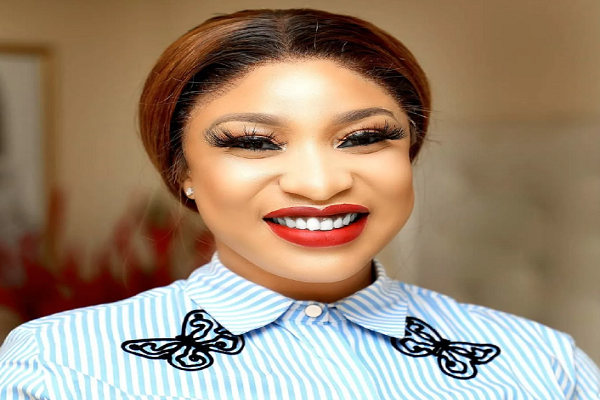 Actress-turned-politician, Tonto Dikeh, has claimed she has a pastoral calling.

She revealed this while speaking with media personality, Chude Jideonwo on the latest episode of ‘WithChude’ podcast.

The running mate to Tonte Ibraye, the governorship candidate of the African Democratic Congress (ADC) in Rivers state Dikeh explained she has always desired to be a pastor.

Read Also: Why I’m hiding my new man like AIDS, by Tonto Dikeh

The 37-year-old, who recently announced that she was officially ‘kissing acting good bye’, stated the profession alongside entertainment as a whole was basically opportunity-based.

On the pastoral calling, the mother of one noted she may yet embrace it ‘depending on where God wants to take her’.

“I’m an opportunist with this thing called acting or entertainment. But for God, He has ordained that step already. For me, I was just swimming in a swimming pool,” she said.

“I mean, I was a church girl going to be a pastor. I was supposed to be a pastor, I still might be. Depending on where God is taking me to.”