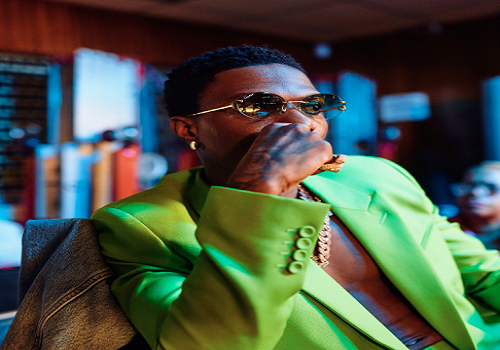 He spoke ahead of his highly anticipated album “More Love, Less Ego” with BBC 1Xtra’s Nadia Jae on her Breakfast Show.
Big Wiz obliged Jae for a session tagged ‘This or That’ where one is asked what or who they prefer from two things or persons.

After revealing he couldn’t make a choice between efo riro or egusi soup as he loves them so much, Star Boy was asked which part of Lagos he prefers.

Holding back nothing, Wiz screamed that he’ll always be a Mainland boy till he ‘rests in peace.’

The “Essence” crooner proudly announced that he represents Surulere and Ojuelegba in Lagos State.

He said: “Mainland boy till I RIP! Surelere, Ojuelegba!!”

Lagos, the metropolitan city is made up of two major areas: Lagos Island and Lagos Mainland and the connection cord for both parts is the Third Mainland bridge.

The Mainland with most of the residents has over time been depicted as a less sophisticated area compared to the Island.

Lagos Mainland districts include Ebute-Meta, Surulere, Yaba (location of the University of Lagos) and Ikeja, site of Murtala Muhammed International Airport and capital of Lagos State.

Lagos Island on the other hand is seen as the upscale part of the city. Staying on the Island is seen as a form of status change as it is meant for movers and shakers of the society.

The standard of living here can be compared with any major European country.

I want to live forever like Bob Marley – Wizkid