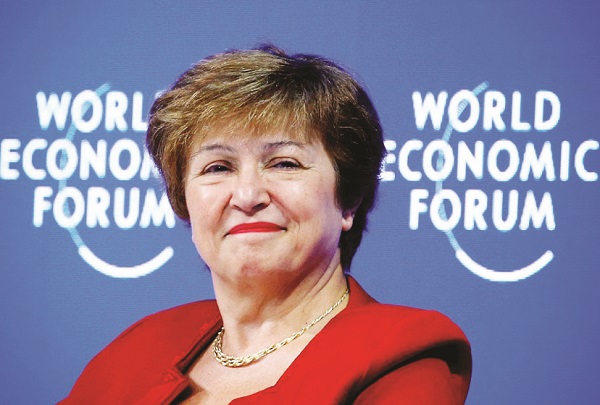 The International Monetary Fund (IMF) has cautioned economic managers on the dangers of dollarising the economy, saying it could be difficult to reverse.

As a partially dollarised economy, Nigerian operates with dollar bias for international trade, finance invoicing and of recent, store of value.

In a report released yesterday, the IMF said that once a country gets used to a bi-monetary system, the process is not easy to reverse, even when the initial trigger such as high inflation, exchange rate volatility, subsides, are addressed.

The warning came following the Central Bank of Nigeria (CBN) announced plan, to redesign four of the eight existing denominations of the naira and issue new banknotes. The proposed  new bank notes-  N100, N200, N500 and N1,000 denominations- will circulate from December 15, 2022.

An economist and Managing Director, Financial Derivatives Company Limited, Bismarck Rewane, said the redesigning of  the bank notes  could inadvertently lead to the dollarisation of the domestic economy or a sharp increase in electronic payments and settlements of transactions.

The policy shift has led to further naira fall at the parallel market, where it exchanges above N780/ $1 but remains stable at N438/$1 at the official market.

In a report titled: “Digital Money and Central Banks Balance Sheet”, the IMF said most economies operate with a foreign exchange (FX) (the dollar) bias for international trade and finance invoicing.

“The optimal choice between domestic currency versus dollars  will depend on the monetary framework and the benefits that each may offer as they co-exist as two currencies,” it said.

The IMF explained that in a highly dollarised economy, there is extended use of the exchange rate for price indexation (high real dollarization and almost complete pass-through from depreciation to inflation). Forex is also used in foreign trade.

It said banking systems in many developing economies are bi-monetary while the  U.S. enjoys a privileged status as issuer of the most widely used international currency.

Particularly, under high and persistent inflation, market participants defend themselves by shifting to forex.

“The most common type of dollarization is financial dollarization (FD), or asset substitution, caused by a poor performance of the local currency. The local currency is used more for payment transactions but is replaced by the dollar as saving asset or store of value, in line with Gresham’s law,” it said.

Under extremely high inflation, such as in Venezuela or Zimbabwe, real dollarization (RD)—i.e., use of the dollar as means of payment transactions and store of value—also takes place.

“On the one hand, in some countries dollarization is entrenched and a bi-monetary system is formally allowed (e.g., Uruguay). On the other hand, in other countries it is not allowed, or dollar accounts are restricted. Under high inflation (e.g., Argentina or the Democratic Republic of the Congo), the public holds a large share of financial assets abroad and local financial intermediation is low.

“Countries with no history of extreme high inflation (e.g., Malaysia) impose restrictions on dollar deposits, but there seems to be no significant impact on local financial intermediation,” it said.

The IMF said a bi-monetary system limits the role of the exchange rate as a shock absorber, as real dollarization implies a high pass-through from exchange rate depreciation to inflation.

“Financial dollarlisation creates currency mismatches and liquidity risks for the financial system and the economy as a whole. Therefore, the exchange rate amplifies negative external shocks rather than absorbing them”.

“Both financial dollarization and   real dollarisation jeopardize monetary transmission mechanisms, as inflation expectations are difficult to anchor with a weak interest rate channel. Financial dollarisation-related financial instability would need to be addressed via policy responses such as a central bank forex reserve buildup and associated regulation,” it said.

Speaking further, Rewane said: “What will be the impact on the value of the Naira in the forex market? Theoretically, it should have no effect whatsoever.”

“But forex markets are usually a subject of panic and speculation. The first reaction to the new regulations is likely to be a flight to safety by investors, for example, anytime there is a major global market shakeout, investors scramble for gold and dump the U.S. dollar. So we expect some initial speculation against the Naira but this should be short-lived”.

“Nigeria last changed its currency notes fully in 1984.  It was done in a period of 21 days, the land borders were fully closed and inbound flights into the country were scrutinized”.

Rewane said many political pundits could read meanings into what should ordinarily be a purely economic policy issue if the new notes are counterfeited by political saboteurs, it could easily destabilize the count.