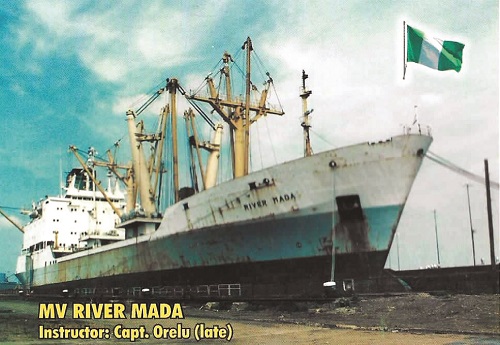 The Nigerian Fleet Implementation Committee (NFIC) has submitted its interim report to the Minister of Transportation, Muazu Sambo, stating that the country needs a national fleet. OLUWAKEMI DAUDA seeks experts opinion on the issue.

At last, the Nigerian Fleet Implementation Committee (NFIC) has turned in its interim report to the Minister of Transportation, Mu’azu Jaji Sambo, recommending the establishment of a national fleet.

Receiving the report at the Ministry in Abuja, an excited Sambo said: “Nigeria is a maritime country and if Nigeria gets its acts together, the country will have no business looking for money from the oil sector.”

On how the project could be realised, he said: “I don’t know whether in the course of the Committee’s consultations with other stakeholders, you were able to have some conversations with the Nigerian National Petroleum Company (NNPC) because, if NNPC, can give 100 per cent support, this matter can be closed in two months.”

NFIC Chairman, Emmanuel Jime, said the Committee was constituted by Sambo’s predecessor, Chibuike Rotimi Amaechi, to implement the recommendations of another committee on the modalities for the establishment of a Nigerian fleet.

Jime, who was represented by the Managing Director, Sea Transport Group, and member, NFIC, Umar Aminu, stated that the initiative was one way of responding to the non-participation of Nigerians in the ferrying of Nigeria’s international cargo as well as the loss of freight revenue, jobs and other benefits which would have accrued to the country if it had its own fleet.

It was discovered that about $6,165,800,104 was paid to foreign ship owners. No doubt, it shows that what the country has lost for over 20 years since the national fleet was in limbo is simply unimaginable. Some of this money could have been saved if the nation had a national fleet for crude oil afreighment.

Stakeholders said it is disheartening to know that NNPC has contract with traders to sell crude on freight on board basis (FOB) because of lack of vessels to lift crude to the market where it would sell the product at appropriate pricing. It is against this backdrop that the call for the return of the national fleet has intensified recently.

It would be recalled that Nigeria and Singapore had reached an agreement to establish a private-sector driven national carrier with stakeholding of about 40 per centre.

The agreement was reached after a meeting in Singapore between the Nigerian delegation led by the former Executive Secretary, Nigerian Shippers Council, Hassan Bello, and representatives of Pacific International Lines (PIL) – one of the biggest ship operators.

Bello, also the chairman of the Committee for the Actualisation of the National Carrier set up by the Ministry of Transportation, said while the PIL, is expected to own 40 per cent of the stake, Nigerian ship operators were expected to own the balance.

According to the former Executive Secretary, Nigerian Shippers Council, Alhaji Adamu Biu,  the Nigerian National Shipping Line (NNSL) collapsed  because Nigeria acquired 19 ships at a go, expectedly aged at the same time and the cost of maintenance became a problem. So, Nigeria decided to sell them off as scraps.

He suggested that in view of the cost of maintenance, ships should not be acquired en bloc so that their maintenance wouldn’t pose a problem.

NNSL was liquidated in September 1995. Its assets were taken over by the new National Unity Line (NUL). The NUL, owned by the Nigeria Maritime Authority, began commercial operations in July 1996 as Nigeria’s national flag carrier. The NUL had just one ship, MV Abuja. In August 2005, the government put the NUL for sale.  Then, the company had no vessels, except its shipping licence. In July 2010, the Nigerian Maritime Administration and Safety Agency (NIMASA), the successor to the Nigerian Maritime Authority (NMA), reportedly  completed arrangements to establish a new national shipping line. A fresh attempt was made to sell the NUL the following year.

Twenty-seven years after the collapse of the NNSL, Sambo is ensuring that the Nigerian National Petroleum Corporation Limited (NNPC) allows indigenous ship owners participate in the carriage of petroleum products.

The minister said this would save the country $9billion freight yearly to foreign shipping lines.

Also, because of the winding up of the NNSL, the country has not been able to establish a shipping line that would fly the Nigerian flag, thereby creating rooms for dominance of the business by foreigners.

Unfortunately, Malaysia, which started its shipping line the same time with Nigeria, is sailing with 245 ships of various sizes and types.

Conversely, the 24 fleet acquired by Nigeria under the defunct NNSL had disappeared despite the heavy investment and subsidies by the Federal Government.

Sambo said: “I don’t know whether in the course of the committee’s consultations with other stakeholders, you were able to have some conversations with the Nigerian National Petroleum Corporation (NNPC).” The minister said if NNPC could give its 100 per cent support, the matter would be closed in two months.

“These have been captured in this interim report which we are submitting. The work is still ongoing and the goal of creating an enabling environment for the growth of sustainable Nigerian fleet will be achieved in due course.

“There were challenges that impeded the quick realisation of the project as earlier envisaged. Shipping is international and competitive and Nigeria cannot operate in isolation, hence the need for the operating environment to be similar to what obtains elsewhere. This has been a major challenge to the growth of the sector in Nigeria. Review of certain trade policies, access to funds and technical/human capacity are issues that need to be resolved,” Jime said.

The executive secretary advised the Corporate Affairs Commission (CAC) to adopt a zero duty for ship finance registration, stressing that the fleet implementation committee under his watch would pursue these things.

Also, he stressed the need for a change in the country’s crude oil trade policy, noting that there was no sufficient participation of Nigerian ship owners in this area of the economy.

Jime noted that it was critical that the incentives be implemented for Nigeria, saying that the council’s advocacy was for the existing policy that denied Nigerian shipping community participation in oil and gas business be changed.

He explained that an institutional framework especially the legal aspect would be developed to anchor the Nigerian fleet, develop strategies that would incentivise the private sector to invest in ship ownership.

Shipping, like oil and gas, is one of the biggest businesses across the globe. The government should pay adequate attention to it and make the move to unlock its potential to grow the economy and create jobs.