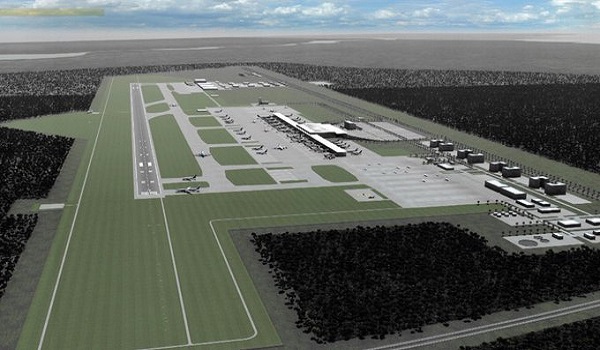 The Federal Government’s approval to construct the Lekki International Airport has increased investors’ interest in the commercial and residential area of the Lekki Free Zone, and Alaro City in particular.

In partnership with private investors, the Lagos State Government will begin construction of the airport next year. The airport was designed as a Code F and will have the capacity to accommodate the world’s largest passenger airliner, the Airbus A380. With the opening of the international airport near Alaro City, the region will experience significant economic growth and infrastructure development.

Investors have already begun voting with their cheques as a result of the development in the Lekki Free Zone axis. Anthony Asuzu, a real estate lawyer said, “International airports are powerful stimulators for property appreciation within their periphery; it is estimated that, within the first two years, after the opening of the airport, the appreciation could be as high as 40 per cent. Due to the unique nature of the axis and the impressive array of infrastructure, including the Dangote Refinery, Alaro City, and the air and sea ports, a much higher increase in appreciation rate is expected.”

Alaro City, located in the North-West quadrant of the Lekki Free Zone in proximity to the airport, is covered by a certificate of occupancy guaranteeing clientele secured land ownership. With world-class infrastructure that consist of an eight-lane main boulevard road, road networks with storm drainages, a hybrid independent power plant (scalable to 120 MVA), internet connection, water and retail gas supply, a centralised sewage and waste-water treatment plant, Alaro City’s value proposition has already attracted over 60 commercial companies, including industry giants such as BUA Group’s Starium, Mantrac Caterpillar, and Ariel Foods, as well as 400 residential clients.

Managing Director of Alaro, Yomi Ademola  praised the Lagos State Government for securing approval of the construction of the Lekki International Airport. He assured existing and potential investors that developers are unwavering in their mission to create a modern city that will benefit from critical infrastructure, such as the air and sea ports, and these will contribute to the economic growth in the State and Nigeria.

”Air transport is vital to social progress and economic prosperity, and the Lekki International Airport, once completed, will significantly contribute to the life and business of Alaro City, and the wider catchment area,” said Mr. Ademola.

The Lagos State Government, Lekki Worldwide Investments Limited (Lagos State investment vehicle), and Rendeavour, the urban developers of the Alaro City project, are highly recognised for their contributions and efforts in the axis. On October 2022, the construction of the Lekki Deep Sea Port was completed, making it a prime destination, and the largest and deepest sea port in Nigeria and West Africa with the capacity to accommodate large vessels. With these key infrastructure in place, the region anticipates the tangible economic benefits such as connectivity, capital value, and employment opportunities.

Ademola also expressed his enthusiasm for the excellent news, as he welcomes the latest addition to the several economic infrastructure in that axis, as Alaro City partners with Lagos State to create value for all those who live, work and create in the city and the Lekki Free Zone.