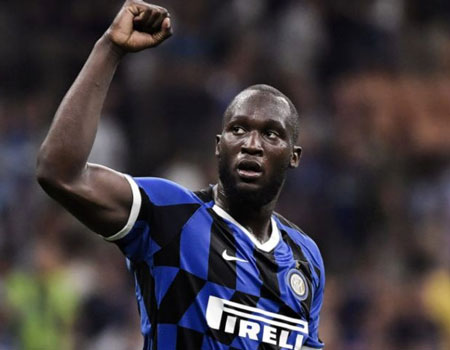 Romelu Lukaku has been included in Belgium’s 26-man squad for the World Cup in Qatar despite major concerns over his hamstring injury.

Head coach Roberto Martinez said he hopes Lukaku will feature in the group stages, but plans to have him available for the knockouts should Belgium make it that far.

Martinez said earlier in the week they would only pick him if he was guaranteed to be fit for the group stages, but speaking at the squad announcement, he said Belgium staff will be keeping a close eye on Lukaku and will not rush him back.

“Romelu is medically unfit I think that’s quite clear,” Martinez said. “He’s receiving treatment and entering that period until 24 hours before the first game, he has an opportunity to get himself fully fit.

“There are two phases in the World Cup — one is the group phase, but then there is another World Cup which is the knockout round.

“Medically we feel he can make that second World Cup so we need to be responsible and think about the possible scenarios and until Nov. 22 we’ll consider him. He’ll have a big impact in this World Cup.”

Martinez said the toughest decisions he had to make were around defence, with the hardest call leaving out Dedryck Boyata.

Jason Denayer is also absent as Belgium monitor his fitness, while Nacer Chadli has not made the cut in midfield.

“There are a couple of players who are missing is very difficult to leave them out, they had a big role in qualifying for the World Cup,” Martinez said.

While some experienced heads miss out, Martinez has included youngster Charles de Ketelaere alongside Wout Faes. Lois Openda is also named in the squad as he offers another option up front, although Divock Origi was not selected.

“Not having Romelu Lukaku from the start has put an extra emphasis on the No. 9s in the list.

Batshuayi has a strong record playing for the Red Devils, and Openda has a different profile than any other players. He gives us another option,” Martinez added.