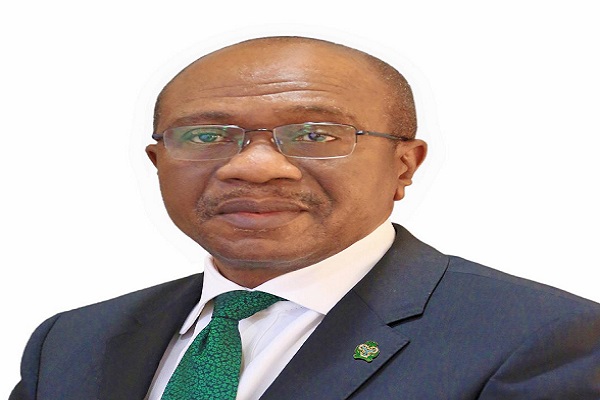 ORDINARILY, one of the mandates of the central banks across the world is the designing, production and circulation of currencies.

Expectedly, the governor of the Central Bank of Nigeria (CBN) Godwin Emefiele had last Wednesday announced plans to redesign the naira across different denominations including N100, N200, N500 and N1, 000.

According to him, the management of the CBN sought and obtained the approval of President Muhammadu Buhari for this initiative.

Of course, he adduced some reasons for the new policy regime.

Adducing reasons for the new policy regime, Emefiele said significant hoarding of banknotes by members of the public, with statistics showing that over 80 percent of currency in circulation are outside the vaults of commercial banks.

Another reason is worsening shortage of clean and fit banknotes with attendant negative perception of the CBN and increased risk to financial stability; and increasing ease and risk of counterfeiting evidenced by several security reports.

Specifically, the CBN boss said, as at the end of September 2022, available data at the CBN indicate that N2.73 trillion out of the N3.23 trillion currency in circulation, was outside the vaults of commercial banks across the country; and supposedly held by the public.

Besides, he said, evidently, currency in circulation has more than doubled since 2015; rising from N1.46 trillion in December 2015 to N3.23 trillion in September 2022.

“This is a worrisome trend that cannot be allowed to continue. Worsening shortage of clean and fit banknotes with attendant negative perception of the CBN and increased risk to financial stability just as increasing ease and risk of counterfeiting evidenced by several security reports.

“Indeed, recent development in photographic technology and advancements in printing devices have made counterfeiting relatively easier. In recent years, the CBN has recorded significantly higher rates of counterfeiting especially at the higher denominations of N500 and N1,000 banknotes.”

Emefiele said for the purpose of this transition from existing to new notes, bank charges for cash deposits have been suspended with immediate effect and that deposit money banks are to note that no bank customer shall bear any charges for cash returned/paid into their accounts.

Meanwhile, checks by The Nation on the CBN website revealed that the total cost incurred on printing of banknotes in 2020 amounted to N58.62 billion. The apex bank evacuated a total of 246,236 boxes of banknotes valued at N1.03 trillion, from the Nigerian Security Printing & Minting Plc Lagos and Abuja factories to CBN branches in 2020. The sum of N4.59 billion was incurred on currency distribution in 2020, according to the 2020 annual report for the currency operations department of the CBN. Rage over new policy regime

As to be expected the planned redesigning of the local currency has not gone down well with a lot of Nigerians as it has drew a lot of flaks from all.

Speaking with a cross section of Nigerians from all walks of life they stood pat with the CBN’s decision, describing it as grossly insensitive at this time.

In the view of Dr. Muda Yusuf, CEO, Centre for the Promotion of Private Enterprise, said it is difficult to see any compelling reason for this currency redesign idea.

Yusuf, who picked holes in the proposal, described the planned action as outrageous and disproportionate compared to the expected benefits being put forward by the CBN.

He said: “At a time when the government is grappling with high fiscal deficit, debt crisis, severe revenue crisis and underfunding of many government projects and programmes, it is most inappropriate to embark on such a profligate exercise. Currency as a percentage of money supply is less than seven percent. The exercise therefore has no monetary policy significance.

“Besides, it will come with huge logistics costs and avoidable dislocations to small businesses, most of whom are in the informal sector.

“This is one intervention we can do without. There are more urgent issues demanding the attention of the CBN. We have issues with liquidity in the foreign exchange market, the depreciating currency, the recent Moody’s downgrade of Nigeria, soaring inflation and many more.”

Yusuf said the CBN should save the citizens and the economy what it called “the trauma of this currency redesign”, adding, “It is a distraction we can do without.”

Professor Jonathan Adeyemi Aremu, erstwhile Acting Assistant Director of Research at the CBN, said the policy was misplaced and should not be considered at all.

According to him, “On the scale of preference the printing of bank notes should not be the priority now seriously speaking. Printing of money is not the same thing as monetary policy. It is the responsibility of the CBN to manage the monetary policy. Whether it’s paper or virtual money, effective monetary policy should be well articulated before you can achieve anything meaningful as far as fiscal policy is concerned. As far as I’m concerned, it is another way of awarding contracts for the boys.”

Short of blaming the authorities for dereliction of duty, Aremu said, “Unless we tackle the root cause of kidnapping, this knee jerk policy won’t solve the problem rather it will aggravate the crisis at hand.”

Raising some posers, he queried, “In a country where we can’t pay teachers and the hospital workers are perpetually on strike, why do you choose to print new naira notes? Can the printing of new bank notes add value to the naira?”

The value of the naira, he maintained, “has drastically gone down. With that kind of approach, will he be able to make the kidnappers bring out the money. It is really sad that the security of our local currency has been so compromised by kidnappers that we have to change the design.”

The solution to the devaluation of the naira is not printing of currency, he said.

“No. We are facing steep inflation, will the printing alter the exchange significantly if at all. What is the policy with effect to how to be able to make the naira has better value? Hitherto, we used to assess the CBN report which helped with planning but that is not available anymore. I think things have to be done differently. During the military era, they ruled by decrees and fiats and that’s understandable. But what do you say of a democratic regime. Something as serious as printing money should not be left in the hands of just one man, I think the National Assembly needs to look into the issue proper. The governor of the CBN ordinarily should act independently. They don’t tally with government decision.”

Worst still. He said, “If the INEC can come out and say they don’t trust the CBN vaults for safekeeping of their materials that should tell us a lot about y the way things have sunk in the system. I can tell you for a fact that immediately the new notes are released, the banks will stop collecting the old notes and I can tell that it will disrupt he financial system in way we cannot yet imagine. For sure, majority of those that would be affected are the common man on the streets, especially those in hinterlands and hard-to-reach communities where majority of the banks have closed shops as a result of insecurity crisis. How many times has America or even the UK changed their money? Can’t we copy examples from them?”

Going down memory lane, he recalled that “During the Idiagbon/Buhari military regime when they changed the currency, there was disciplined enforced to the highest orders. Customers where required to submit themselves to all manner of scrutiny in such a way that it was practically impossible for anybody to shortchange the system. But can we say the same thing now? No. not even when the INEC say it doesn’t trust the CBN vaults. That says a lot. Even at that time, we didn’t battle with this kind of terrible exchange rate that we are facing now. The CBN was very transparent at the time. Ola Vincent was a highly disciplined CBN governor.”

In the view of Nurudeen Abdallah, a public affairs analyst, “The thieving elites don’t hoard Naira. They hoard $ & £. Kidnappers don’t keep ransom in forests. They convert it to posh cars, exotic houses in cities. Of course, the policy will send jitters to some camps, no doubt. After this, the searchlight will turn to some choice properties. The CBN hunchos will make billions off of contracts for printing and disposal.”

Friday Kaigama, another commentator said, “Judging by past experiences, changing of currency notes has always been like a huge contract from which some cliques benefit as the process normally comes with worrisome experiences for d hardworking and often, not-too-literate millions of citizens in the informal sector.”

Redesigning the naira or printing of new naira notes, Kaigama observed, “Will not shore up the value of the naira and neither will it address some of our fundamental economic problems like low or capacity utilisation of the manufacturing sector. Rather, we will have to face the nightmare that Emefiele and Buhari have unleashed on the rest of the citizenry.”

Also reacting to the planned currency change, Tunde Asaju recalled that in the 12 years since sojourn in Canada, there has been gradual currency change; the last was mopping up the brass farthing.

“They replaced old paper notes with polymer ones. Whenever the forgers get in, Canada adjusts its security features. One common thread is, there are no expiry dates to the circulation of old to new. No long queues to replace old coins/notes. The financial system keeps cleaning itself. When your old notes get to the bank, they simply pull it and replace it with new ones.

“Whenever you dig grandpa’s yard and discover his old notes, you take it to the bank and pay it in. No questions asked – because it’s hard to launder money here, the banks are faithful to the law and the state. Where there are infractions, the courts are never lenient nor are the shareholders.”