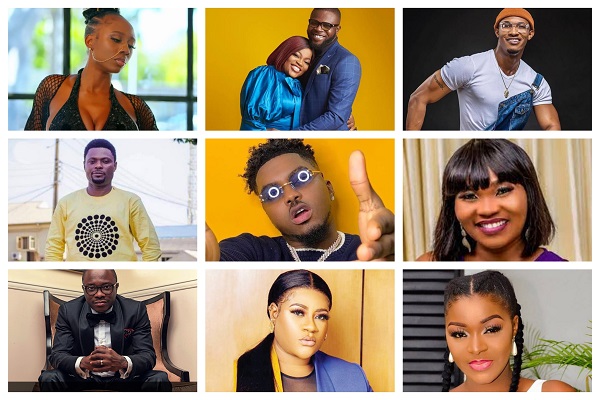 Celebrities, like others, are not spared from break ups.

This year has produced tales of celebrities separating from their partners they used to love and cherish.

Here are nine celebrities who broke up in 2022:

Actor Gideon Okeke ended his marriage to Chidera in October after four years of being together.

The father of two didn’t reveal the reason for their split but urged Nigerians to pray for his family.

He made this separation known on his InstaStories, although troubles in their marriage had surfaced online earlier in August.

Actress Dorcas Shola Fapson in October disclosed why she ended her relationship with singer Skiibii.

The ‘Man of God’ actress explained her reason during an interactive session with her followers in a recent post on Twitter.

According to the actress, she was the breadwinner in the relationship. She also accused the singer of being a liar and a cheat.

“I was the one feeding him. I bought him that Fendi. I flew him to Zanzibar. All that boy did was lie and cheat,” she wrote.

Desola made the announcement in a terse message on her Instagram page.

She wrote: “The good news you wanna hear. I left Kunle Afod.”

Dancer Korra Obidi, and Dr. Justin Dean, her husband, divorced in March after Justin posted on his Instagram profile that he would be ending things with Korra.

Korra Obidi accused Justin Dean of being an abuser who assaulted her countless times in their marriage.

JJC Skillz, a movie producer and marketer, asserted that he made every effort to make their marriage work but he was forced to leave because nothing seemed to be working.

Yewande Adekoya decided to end the marriage despite her colleagues’ intervention for reconciliation.

Popular actress Nkechi Blessing’s announcement of her split from her lover in April astounded many of her fans and followers on social media.

Nkechi Blessing shared various events that contributed to her decision to end the marriage with Ekiti-based politician, Opeyemi Falegan on social media.

Chacha Eke announced the end of her nine-year-old marriage to estranged husband Austin Faani in June.

Chacha Eke said she was bowing out of her marriage because she does not want to die.

In April, news about stand-up comedian, Julius Agwu breaking up with his wife, Ibiere, made the rounds.

It was gathered that the humour merchant walked out of his marriage, contrary to a widespread rumour that Ibiere packed her bags and left, having been overwhelmed by Julius’ illness.

Julius reportedly gave up on his marriage and stopped fulfilling his marital obligations.

He also allegedly moved out of his matrimonial home, leaving his wife and children.

The reason for his action is still unknown.