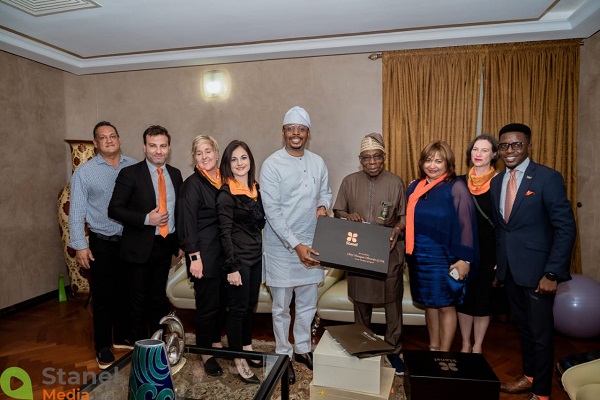 Obasanjo made the commendation while receiving Uzochukwu and Stanel’s top management team at the Olusegun Obasanjo Presidential Library in Abeokuta, Ogun State capital during a courtesy visit.

The former President said normally youths in any nation should be assets when provided with the right tools and opportunities. But they, however, become terrible plagues when the necessities are not provided.

He noted that the wise thing to do was to position youths to be assets just like Uzochukwu has become a great asset to Nigeria and Africa.

Read Also: Obasanjo’s image should be on naira notes – Omokri

As a father of the nation, the Stanel CEO and his team briefed the leader on some of the Group’s ongoing projects across the country.

Pleased with the giant strides, the former Head of State said to Uzochukwu: “Those who invest in bad times, are actually positioned to prosper in good times.

“You are solving a major problem of Nigeria which is unemployment. Thank you, Dr Stanley.”

It was gathered Uzochukwu will be commissioning a world class 5-Star hotel in the heart of Lagos in coming weeks.

Confirming the visit, Uzochukwu wrote @stanleyuzochukwu: “Yesterday, we were so honored @stanelworld to be hosted by a transgenerational trailblazer and leader, Chief Olusegun Obasanjo GCFR, the former President of Nigeria at the Olusegun Obasanjo Presidential Library in Abeokuta.

“As a father of the nation, we briefed him on some of our ongoing projects across the country and he was well pleased with what we are doing @stanelworld.”