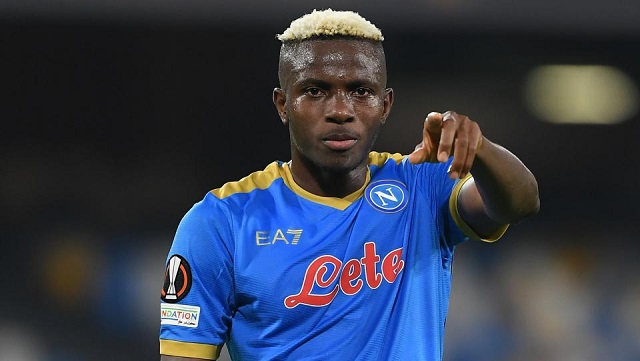 Nigeria will be without Napoli striker, Victor Osimhen, in Thursday’s friendly against Portugal owing to a knock he sustained last weekend in a Serie A game.

The 2015 FIFA U17 World Cup winner had been listed for the international friendly billed for the Estádio José Alvalade, Lisbon.

However, it is not going to be the case as the forward picked a up knock in Napoli’s 3-2 win against Udinese on Saturday.

The NFF has confirmed the unfortunate news through its social media platform, as the body also confirmed that Olisa Ndah is out of the friendly.

Osimhen has been excellent for Napoli this season and is the top scorer with nine goals from just 11 matches with two assists.

Recall the former Lille star also missed the last friendly match played in September against the Desert Foxes of Algeria in Constantine owing to an injury.