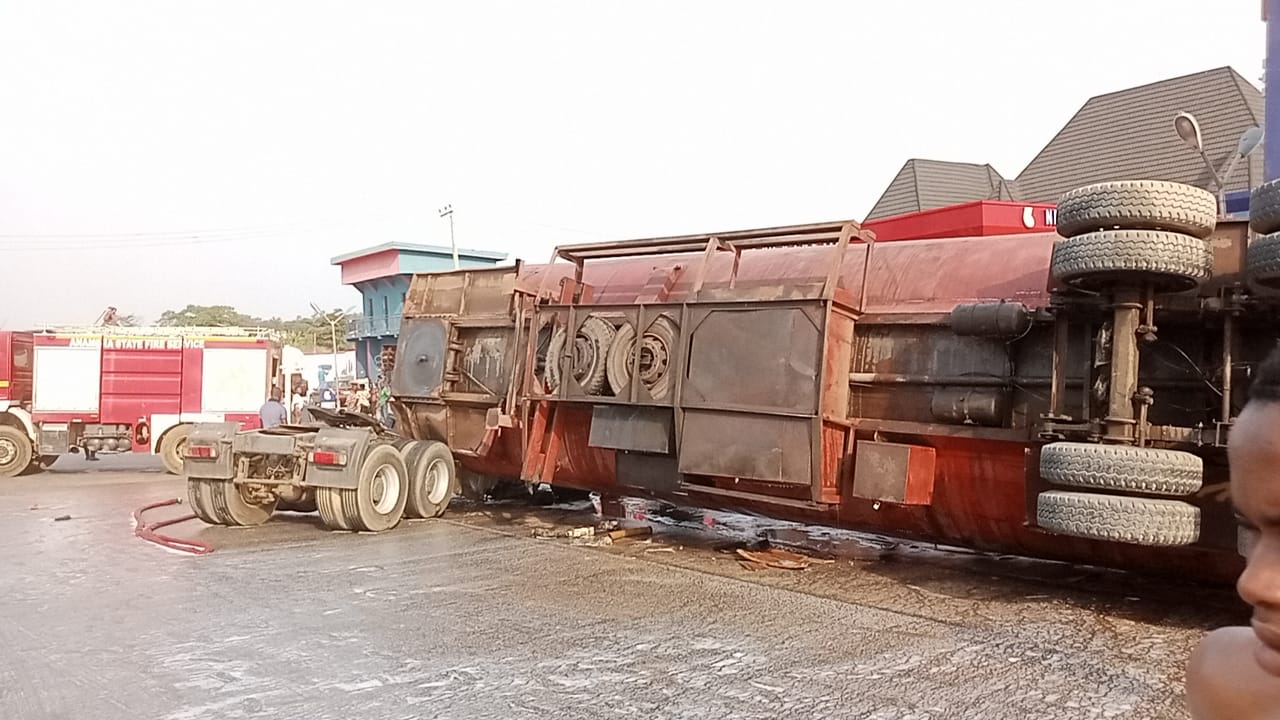 A 33,000-litre tanker carrying petroleum motor spirit has fallen down along the Onitsha-Enugu Expressway between Toll Gate and Ogbunike slaughter.

The incident happened at about 2:05 pm on Tuesday as the tanker driver was diverting to Ndumore Oil & Gas Filling Station along the expressway.

It was gathered that the cause of the incident was a result of the loss of control of the tanker by the driver.

The incident caused the Awka-bound lane to be condoned off while vehicles were diverted to the Onitsha-bound lane, thereby causing heavy traffic on the axis.

The danger was averted as men of the state fire service arrived on the scene with their truck and firefighters and immediately started spraying the arena with chemical foam compound which prevented a fire outbreak.

Confirming the incident in a statement, the state Fire Chief, Dr Martin Agbili, said at about 1405hrs, they received a distress call of a fallen 33,000 litres tanker while diverting to Ndumore Oil & Gas Filling Station along Onitsha-Enugu Expressway, between toll gate and slaughter, Ogbunike.

He said, “Immediately, we deployed our fire truck and firefighters to the incident scene which caused heavy traffic at the expressway.

“We thank God that the supposed fire outbreak which would have emanated from it was averted. There was no loss of life.

“The cause of this incident was a result of loss of control of the tanker by the driver.

“Our quick and timely response and the use of our chemical foam compound prevented a fire outbreak and we saved lives and properties of the public around.”