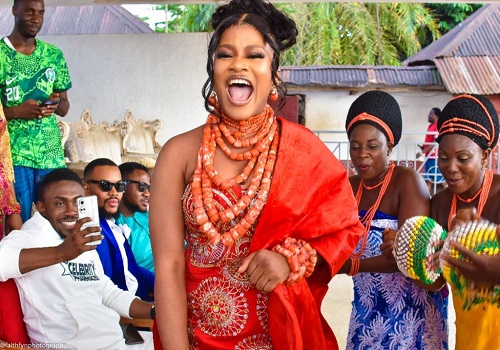 She announced this on Wednesday via her insta story, noting the appointment was announced by the Governor through Commissioner of Youth and Sports.

The gratitude-filled reality TV star, returning all glory to God wrote: “Through the commissioner of youth and sport, the governor of Edo State announced me as incoming Mid East(Edo/Delta) youth ambassador, Gloryyyyy.”

This comes barely few hours after the Hype priestess was given 10 plots of land among other gifts by the Esama of Benin, Chief Sir Dr Gabriel Osawaru Igbinedion upon her visit to his palace.

The Esama also named her as ‘Olokunameh’ meaning ‘the goddess of wealth’ and offered prayers for her with her colleagues who accompanied her on the visit to the palace.

Phyna addresses having baby outside wedlock