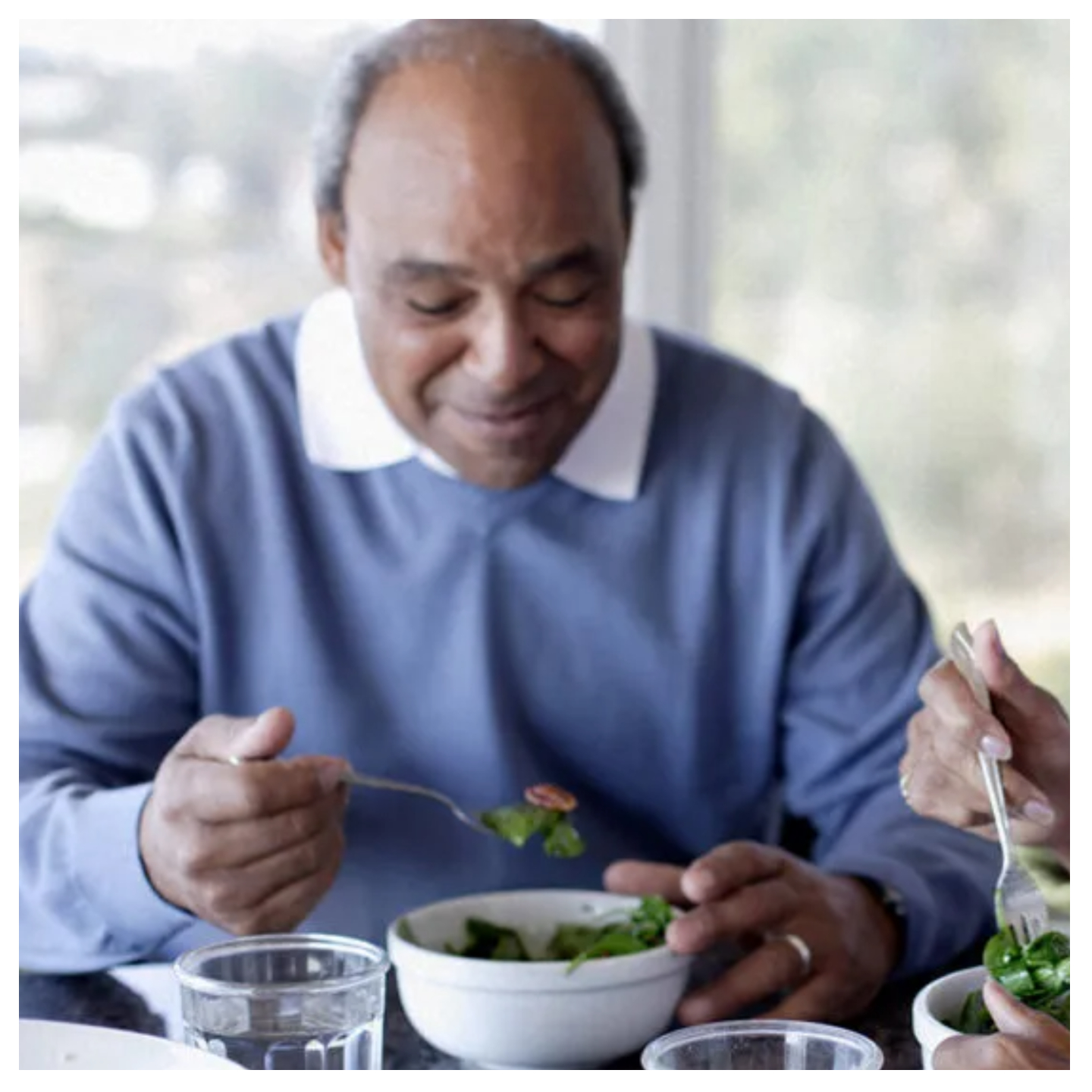 Nutrition experts have stressed the need for the elderly to get the right nutrients from their food, warning that poor nutrition puts older adults at more risk of physical and mental decline.

The nutritionists explained that poor diet in the elderly is one of the major reasons they often develop health complications.

According to the experts, poor diet in the elderly could result in weight loss, disorientation, lightheadedness, altered brain functions, and loss of appetite.

Other health risks the elderly are prone to when they suffer from poor diet, they added include weakened immune systems, lowered energy levels, and chronic health problems such as type 2 diabetes, high blood pressure, heart disease, stroke, and osteoporosis.

Speaking with Reportr Door HealthWise, the nutritionists, a Former Director of Nutrition Services, Ondo State, Mr. James Oloyede and the Chief Executive Officer, Evergreen Health and Social Care International, Mrs. Yemisi Solanke-Lawal noted that the body systems and the nutritional needs of humans change with age, adding that it is appropriate to adjust to these changes in feeding to enjoy good health.

Speaking with our correspondent, Oloyede stressed that the dietary choices of the elderly should also be adjusted to help them remain strong and active.

He explained that when the nutrition needs are not adapted to the changes in the system as humans age different forms of malnutrition occur.

He said, “There is the need to get enough of the right nutrients to help reduce loss of muscle mass and strength that comes with age,” adding that foods that are considered healthy for young people may need to be avoided or reduced in elderly people.

He, however, added that this does not mean that there is any healthy diet that an elderly cannot eat, noting that such foods may nevertheless have to be modified to suit the changes in the digestive system of the elderly.

Speaking further on some of the foods the elderly should avoid, he said, “as people age, they should avoid taking raw or undercooked eggs because they are at higher risk of infections because of their low immunity.

“Also, if being treated for some ailments such as hypertension, and insomnia, grapefruits may be forbidden because grapefruits or grapefruit juice can amplify the effects of some drugs, potentially making them dangerous.

“Elderly persons also need to avoid processed foods because they are often high in sodium and considering the effect of salt on blood pressure, they are not good.

“As an alternative, spices and herbs could be used to add flavours to food rather than table salt.”

He noted further that elderly persons should also avoid coffee and certain teas that contain caffeine, stressing that apart from the fact that they could cause loss of sleep, they can equally increase anxiety and may have a dangerous effect on the heart.

He added that foods that are considered ‘empty calories’ like pastries should be avoided, adding that they add extra weight which can be difficult to shed off since elderly people tend to be less active.

He also cautioned against the consumption of carbonated and alcoholic drinks, noting that the drinking of such should be reduced to the barest minimum or avoided altogether if possible.

Sugar-free drinks, he noted, should also be avoided as they contain artificial sweeteners which add to the calorie and may cause health problems.

Oloyede also stressed the need for the elderly to eat more proteins to remain active as consuming more protein could help them to maintain their muscle mass and prevent them from becoming weaker.

Appropriate physical exercise, he said, should equally be included in the routine of the elderly.

She warned against overcooking and over-warming of foods and washing vegetables with hot water, noting that the essential nutrients in such vegetables could be lost in the process.

A study published by the National Centre for Biotechnology Information in 2022 revealed that changing nutritional patterns could help prevent the emergence and development of diseases, boost longevity, enhance the quality of life and promote healthy aging.