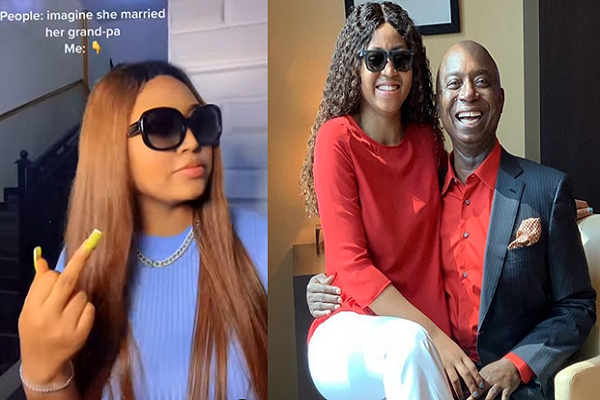 Ned Nwoko married Daniels as his sixth wife barely three weeks after they met in May 26, 2019 in a traditional wedding that took place in Aniocha Local Government Area of Delta State.

Earlier, they had a quiet traditional introduction ceremony in the bride’s family compound in Asaba.

The duo shared two sons Munir and Khalifa Nwoko who shared the same birth date as they were born on June 29th but two years apart with the firstborn in 2020 and the second in 2022.

But the marriage has continued to stir controversial reactions particularly as it concerns the age difference with many blasting her that she married her grandfather.

In a TikTok video shared on her Instagram page, the mother of two responding to those who criticise her for marrying her ‘grandpa’ told them to ‘shut the f^ck up’ while brandishing the middle finger sign. Reactions as Regina Daniels celebrates birthday with stunning photo