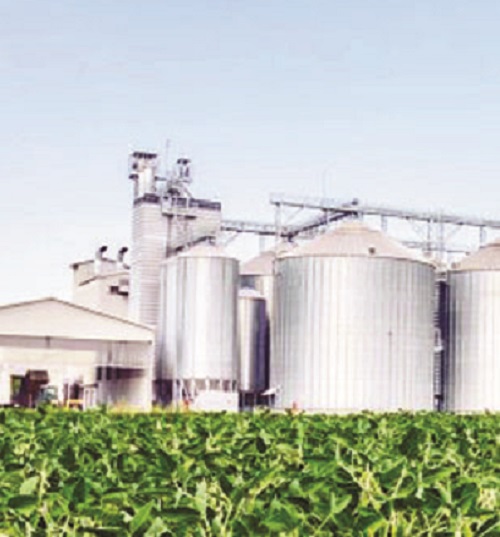 Faced with serious revenue shortfall that has continued to impede the capacity of various tiers of government to meet some of their financial obligations, operators and experts in the agriculture industry say that repositioning palm oil production in Nigeria could be the tonic to significantly boost exports and earn foreign exchange and also create jobs. DANIEL ESSIET reports.

The agro-commodities sector, especially palm oil, is widely credited with having the capacity to lead Nigeria’s rapid economic recovery. Indeed, industry operators and experts who hold this belief allude to the fact that since the 60s, oil palm has been a major industry in Nigeria, contributing immensely to foreign exchange earnings and lifting millions of families out of poverty.

The industry was also said to be worth more than $10 billion and impacted upwards of 100 million Nigerians. Apart from generating a multiplicity of jobs for both men and women, it guaranteed a relatively steady income for various operators across its value chain.

Interestingly, the   palm oil industry, globally, is poised for growth over the coming years, driven in large part by surging demand encouraged by its various applications and low cost of product compared to other vegetable oils.

For instance, the global post COVID-19 market size of the palm oil market is expected to grow from $62.30 billion last year to $75.69 billion by 2028, at a common annual growth rate (CAGR) of 3.30 per cent, according to a report by Vantage Market Research.

Now, this sheer size of the global palm oil market, according to industry operators and experts should be a wake-up call for Nigeria to reposition her once vibrant palm oil production industry in order to boost exports and claim a share of this huge market.

The Nation learnt that the sector hasn’t been able to stabilise its annual production per year hence, the supply gap, with Nigeria currently spending an average of $500 million importing palm oil to make up for the shortfall annually.

It was against this backdrop that the Agriculture and Rural Development Minister Mohammad Abubakar, in June, tasked stakeholders to reposition Nigeria to its rightful position as top exporter of palm oil.

The minister said that in the early 60s, the agriculture sector was Nigeria’s major source of revenue, but the sector is currently struggling.

He, however, said it is not too late for Nigeria to reposition itself and reclaim its status in the agriculture sector, recalling that Malaysia came to Nigeria some years back, got oil palm seedlings from Nigeria and became number one producers of oil palm in the world.

Abubakar regretted that today, Nigeria is ranked fifth on the list of global palm oil producers, which is worrisome. He, therefore, pledged to work with any organisation to achieve the economic and fiscal diversification policy of the present administration anchored on agriculture.

Interestingly, the minister’s call has not gone unheeded. For instance, the Chief Executive, Jemas Energy and Construction Limited (Jemas Palmoil), Mr. Jerry Sam Etukapan, has been working with local farmers in Akwa-Ibom, where he buys their oil palm and process to oil.

Etukapan exports and others are integrated into palm oil derivatives including frozen pizzas, chocolate and hazelnut spreads, cookies, and margarine. He, however, said it has been difficult for those involved in growing palm fruit and converting palm fruit into oil.

Etukapan put the issues and challenges in the business in perspective: “Our palm oil is more expensive than that of countries such as Indonesia and Malaysia. Few days ago, I lost business to Indonesian company because our palm oil was costlier than others.

It is easy to see the implications of this prize difference on the local palm oil industry. Again, Etukapan put it in context: “With this (the prevailing prize structure), we cannot compete with exporters in the international market because they use sophisticated machines that make the process cheaper for them.

“We are using crude methods and ancient machines. Today, we still use those machines that our forefathers were using. The other thing is that the cost of purchasing oil palm processing machines is high. We cannot afford it here. It is one or two companies that have been able to afford such machines in Akwa Ibom.

“If these machines are made available to local farmers, production level will expand and at the end of the day, the oil palm prices will go down. We cannot compete favorably with our counterparts in Indonesia and Malaysia. We should take note of this.”

Internationally, consumption of oil palm for food and for industrial uses has been on the upsurge. The demand of the product by industries for feed and oleo chemicals has been growing. Oil palm is increasingly used as a feedstock for biodiesel production.

Apart from normal increases in demand for the cheapest form of vegetable oil as the global economy recovers, the global appetite for palm produce is being driven by its new-found health benefits and its growing application as feedstock in biofuels. This is as advanced economies increasingly go green and move away from fossil fuels.

Apparently, these have prompted calls for the Federal Government to embark on a massive oil palm cultivation programme to take advantage of the booming international oil palm market.

Those at the forefront of this call said Nigeria should take advantage of global prices of crude palm oil, uses for cooking oil, that have surged to historic highs this year amid rising demand and weak output from top producers such as Indonesia.

Indonesia is the world’s biggest palm oil producer, but its erratic export policies, including the most recent ban announced on April 22, pushed consumers to look towards Malaysia, the world’s second-largest producer whose output is less than half of its rival.

This has created a big opportunity for Nigeria to explore. Higher purchases by India, the world’s biggest importer of vegetable oil, could support Nigeria’s exports expansion.

Experts are positive that the Federal and State Governments, as well as the private sector, can work with research institutes and universities to produce and use improved seedlings, techniques, and storage to realise optimal output from the 3.0 million hectares of farmland said to be available for palm oil cultivation in the country.

For instance, the National President, Palm Produce Association of Nigeria, Alphonsus Inyang said the industry has the potential to close the domestic demand as well as capacity to produce for export.

He said Nigeria has several thousands of acres with high potential for palm oil development that could be used for cultivation with foreign investors. He said oil palm products made in Nigeria can find ready export markets in the United States and Europe.

As part of effort to revive palm oil production and boost exports, Inyang urged the government and the private sector to plant one million oil palm trees in four years. He also wants policymakers and business actors to discuss how to ensure Nigeria plays a big role in global oil palm supply to meet demand for edible oils.

In doing so, one of the issues that will engage the attention of policymakers and business actors is perhaps, the traceability for much of the palm oil produced in the rural areas, as larger companies depend on middlemen to source palm oil fruit in the rural areas.

“Sometimes, it can take you more than three years to have one certification. Before they give you that paper, they will come to your office 10 times, collecting money here and there. At the end of the day, if they don’t collect enough money, they will not release the paper to you.

“When it happens like this, people cannot do oil palm exports. As far as oil exports is concerned, I want to say that the Nigerian Exports Promotion Council (NEPC) is really trying. If other agencies can do like NEPC, we will make a headway.”

A glimmer of hope

There is hope of a rebound of Nigeria’s palm oil industry, following recent global partnerships to deal with shortages of fertiliser and workers, for instance.

The price of fertilisers makes up about 40 per cent of palm oil’s production cost. So far, oil palms in Nigeria have not reached their full potential because of the lack of fertiliser input and farmers cannot get certain types of fertilisers

However, to ensure Nigeria’s oil palm production rise beyond two million metric tonnes per annum (MMTA) in the next three years, OCP Fertilisers Nigeria Limited and NIFOR are working on trials for the specialised fertiliser that will increase production by 40 per cent per hectare.

The Nation learnt that researchers at the Institute of Agricultural Research and Training (IAR&T) and NIFOR are testing fertiliser formulation at various agro-ecological situations across oil palm production states.

The Deputy Managing Director, OCP Fertilisers Nigeria Limited, Mr. Caleb Usoh, said the company, in partnership with NIFOR and IAR&T, have conducted a soil mapping survey, to facilitate the development of specialised fertiliser recommendation for oil palm nationwide, so as to address complaints of low yields by farmers.

Ikuenobe, explained that oil palm output has failed to keep pace with rising demand, so millions of dollars on imports have put a strain on state foreign currency reserves. He noted that characterising soils of the oil palm belt has helped to determine limiting nutrients based on new fertiliser formulations tested on farmer’s fields in validation trials across the country.

He noted that the soil test- based application of nutrients would help oil palm farmers to realise higher response ratio and in turn, higher yields.

A rebound in the offing

The President, Federation of Agricultural Commodities Association of Nigeria (FACAN), Dr. Victor Iyama believes that the sector can achieve a lot in increasing domestic and export production of oil palm if the government work with producers to ensure that smallholder communities living in the production belts enjoy higher incomes and a better quality of life, and improved rural infrastructure.

According to him, oil palm offers an opportunity to support rural livelihoods. He said as oil palm industry rapidly expands, so too will the opportunities for the private sector to tap into the demands, particularly with regard to export.

He posited that the projected unprecedented growth in national income will be largely driven by unlocking opportunities in agriculture.

For Etukapan, there is the need for the government to provide the necessary support and an enabling environment to increase the competitiveness of local businesses to meet the demands of the sector.

He noted that while there has been a growing interest in strengthening and intensifying local oil palm production to capture the global market over the years, measures need to be implemented to mitigate the adverse effect of operational volatilities.

Central Bank of Nigeria wades in

The Central Bank of Nigeria (CBN’s) intervention in the oil palm value chain was aimed at increasing production from 1,250,000 metric tonnes to 2,500,000 metric tonnes by 2028, through the cultivation of approximately 350,000 hectares.

The overall policy objective, The Nation learnt, was to meet local demand for palm oil and its derivatives and at the same time improve local processing quality and standards; conserve foreign exchange reserves and create jobs.

It was aimed at enhancing the skills of Nigerians along the oil palm value chain; facilitate easier access to funding for palm oil majors, Small and Medium Enterprises (SMEs), and smallholders in a way that will improve and grow the economy.

According to the CBN, if Nigeria had maintained its market dominance in the palm oil industry, the country would have, today, been earning approximately $20 billion annually from the cultivation and processing of palm oil. That’s about half the 2022 federal budget.

CBN Governor Mr. Godwin Emefiele said over $500,000,000 was being spent annually on the importation of palm oil. He said with the help of the state governments, Nigeria could reach self-sufficiency in palm oil between 2022 and 2024 and ultimately, overtake Thailand and Columbia to become the third-largest producer over the next few years.