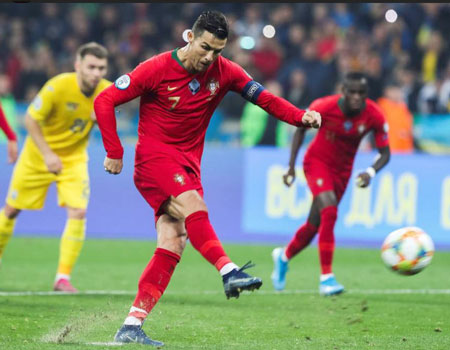 Cristiano Ronaldo is “always happy” on international duty despite his problems at club level, Portugal team-mate Joao Mario has insisted.

Ronaldo’s outbursts against Manchester United, who he has accused of betraying him, have threatened to overshadow Portugal’s World Cup preparations.

But Benfica midfielder Mario said the saga will not affect the national team.

“Everyone always speaks about Cristiano, so it’s fine for us,” the 29-year-old said.

“He’s always happy when he is in the national team – I saw him yesterday and he was quite fine as always.

“As he has said before, for him it is always a pleasure to be here. I do not believe that the interview adds more pressure on him or anyone else.”

Ronaldo’s awkward-looking handshake with club and country colleague Bruno Fernandes on Monday sparked rumours of a rift between the pair.

But Mario insisted the pair have “a great relationship”, claiming the incident had been misread by those outside the Portugal camp.

“I was there and saw everything, it was a funny moment that was misinterpreted on the outside,” he said.

“Bruno was late, one of the last to arrive, and Cristiano asked him if he had came by boat.

“I understand that the images can be interpreted in many ways, but it was a joke between them. There is no problem between them.”