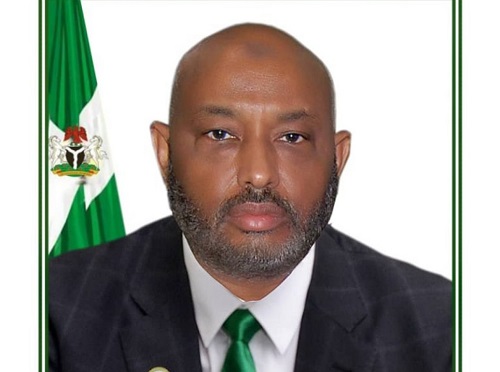 The Director-General of the Standards Organisation of Nigeria (SON) Dr. Farouk Salim has embarked on a synergy of cooperation with sister agencies ahead of the full return of agency to the nation’s seaports.

Speaking with the News Agency of Nigeria (NAN) in Abuja, Salim said this became inevitable following the Federal Government’s approval for SON’s provisional return to the ports.

While noting that the synergy of cooperation is part of his tour of duty ahead of the final return of the SON to the seaports, Salim disclosed that he has been extending arms of friendship to sister agencies in order to foster better collaboration as well as build mutual understanding with these agencies.

Thankfully, he said as part of the continuous engagements with key players, it is gratifying to note that the Nigeria Customs Service (NCS) has directed its Area Controllers to include SON officials in the Joint Inspection Team.

Also the Nigeria Ports Authority (NPA) has promised to provide office accommodation for SON Staff at the Ports just as the Shippers Council of Nigeria is showing a lot of commitment towards collaboration in ensuring smooth operation of both SON and the Council to reduce and totally eradicate the influx of substandard products into the country.

Justifying the need for the return of the agency to the seaports, the SON boss said its presence is backed by law, and says it is needed to check substandard products.

He explained that the move would help the organisation to effectively check the influx of substandard products into the country as trading progresses under the African Continental Free Trade Area (AfCFTA).

The DG’s call is coming after over a decade of the eviction of several government agencies from the ports, following what was seen as a proliferation of agencies at the ports.

It may be recalled that Ngozi Okonjo-Iweala, the then Minister of Finance and Coordinating Ministers of the Economy, had in 2011 announced the eviction of the agencies.

She said the decision was to fast-track port processes at a time the ports were battling congestion, delays in cargo clearing, which were hindering the ease of doing business policy.

Mr Salim said for Nigeria to effectively curb the influx of substandard goods, especially as trading under the AfCFTA continues, the SON workforce should be allowed to return to the ports.

“We are supposed to ensure that the borders and the ports are monitored properly, and in doing this we protect the country from substandard goods.

“One of such ways is to make sure that the employees of SON are in the port of entries in the country, especially the Lagos port where majority of goods comes into this country.

“Our people can be efficient if we are allowed to work at the point of entry of these goods, but right now we are not allowed at the ports.

“They allow us once in a while to check goods but that should not be the way, because SON as an organisation should not depend on the kindness of other organisations to do its work.

“The 2015 Act, Section 7(30b) says the Standard Organisation must be at the port of entry into this country,” he said.

The DG noted that although there were other agencies of government at the ports, SON has the statutory obligation and the knowledge to identify substandard products.

He said if SON was given permanent access for inspection and enforcement of standards at the ports, the menace of substandard goods in Nigerian market would be greatly reduced.

He however noted that the organisation was currently enjoying cordial working relationship with the Nigerian Customs Service and other sister agencies at the ports.

“What NAFDAC and the Customs are doing at the ports are totally different from what SON does.

“We get along with them very well but we don’t need to depend on them because we are supposed to be in the ports by right, except if the law is changed.

“One of the problems we are having for not being officially allowed into the ports is the inability to provide ordinary offices for our employees.

“A typical example is in Port Harcourt where our officers are now squatting with various offices, and every now and then the persons they are squatting with have asked them to leave.

“We requested (for) a space to build our office but we were told we will not be allowed, so we could not build a property befitting of our organisation for our staff,” he said.