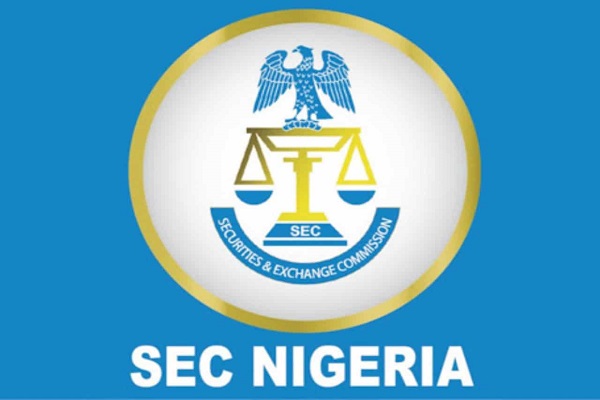 Yuguda spoke at the triennial delegates’ conference of the Independent Shareholders Association of Nigeria (ISAN). The theme of the conference was “Administration of Justice in Nigeria and Our Economy”.

He said it was important to strengthen accountability among market participants in the Nigeria capital market.

“As SEC continues its important regulatory work of protecting both foreign and domestic investors who invest their funds in the Nigerian capital market, we will continue to partner with and engage the judiciary, and other relevant stakeholders.

“In an increasingly competitive global environment for capital flows, foreign investors consider the strength and independence of a regulator in their investment decisions.

“It is, therefore, a matter of urgent national priority to continue to send the right signals to the investing world that the Nigerian capital market is indeed soundly regulated by a strong and independent SEC, devoid of conflicting interference from any arms of Government,” Yuguda said.

He pointed out that SEC has over the years enjoyed the support of the nation’s courts in the quest to build a vibrant capital market that can contribute to achieving national objectives.

He however noted that there was room for reform in the judiciary especially on issues around investor protection and dispute resolution mechanisms in the Nigerian capital market.

Yuguda, who was special guest at the event, was represented by Director, Lagos Zonal Office of the Commission, Mrs Hafsat Rufai.

He commended ISAN as one of the foremost shareholders’ advocacy groups in the country, which has been promoting activities aimed at developing the nation’s capital market.

“We are proud to be associated with your core activities which centre on minority shareholder protection, advancement of corporate governance and development of deep and robust capital market,” Yuguda said.

National Coordinator, Independent Shareholders Association of Nigeria (ISAN), Dr. Anthony Omojola explained that the association has been promoting the interest of retail or small shareholders especially in the capital market where shares of publicly quoted companies are listed.

He called on the federal government to strengthen the capacity of the judicial system for economic growth and development.

According to him, the nation’s judicial system needs to be reformed in order to stabilise and stimulate the growth of the economy.

He said that there was the need to push for a better funding of the judiciary, establish measures that will deter corrupt practices capable of hampering economic growth.

He called for improved service condition for judicial officers in order to ensure efficient and transparency in the system.

In his paper titled, ‘The Nigerian Judiciary and The Economy”, A Senior Advocate of Nigeria (SAN), Barrister Chuks Nwachuku, noted that a good judiciary is the foundation of every viable and vibrant economy.

He said the confidence that an investor has in the legal system affects the quantum of investment he or she would be willing to make in the country.

He noted that the issue of delay in the judiciary system would continue to drag Nigeria’s economic growth.

According to him, there can be no lasting solution to the issue of economic growth unless the judiciary understands its role as a catalyst for the growth of the economy through quick determination of commercial disputes and criminal trials.

He pointed out that the judiciary needs to answer hard questions about its contribution to the Gross Domestic Product (GDP) of the country.

On the issue of delay in justice, he said that Nigeria represents a case study on how to deny justice by permanently postponing it.

He lamented that it was unfortunate that different cases that were filed 10 to 12 years are still in court and the appeals are still being considered at the Supreme court.

“In my over three decades of being a litigation lawyer in Nigeria, my summation of the system is that justice is a miracle that happens once in a while,” Nwachuku said.

He said that delay in the courts has led to congestion, with such congestion at the appellate courts having its own negative effects on the lower courts.

He explained that the judiciary is a reference to the entire governmental institutional framework and processes for dispute resolution in the country, noting that a good judiciary is the foundation of every viable and vibrant economy in the free world.