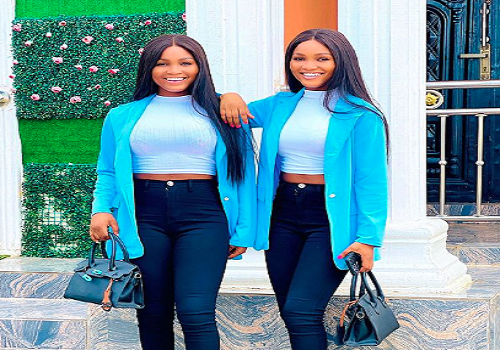 Twin comic sensation Doyin and Moyin Oladimeji, popularly known as Twinzlove have reacted to pregnancy rumours about one of them.

They finally broke their silence amid speculations that’s one of them was pregnant reason they no longer appear in videos together.

A certain TikToker sparked up the rumour alleging one of them was pregnant which was why it was just one doing videos lately.

But the identical duo in a rejoinder to rumour mongers, made several videos where they bared their stomachs.

They could also be seen pressing their bellies really hard, tie scarf tightly around it and had persons do same while they switched positions between standing and lying down.

While they did all that Austin Emmanuel’s viral song, “Shey you dey whine me ni” played in the background as they also had a good laugh at their critics.