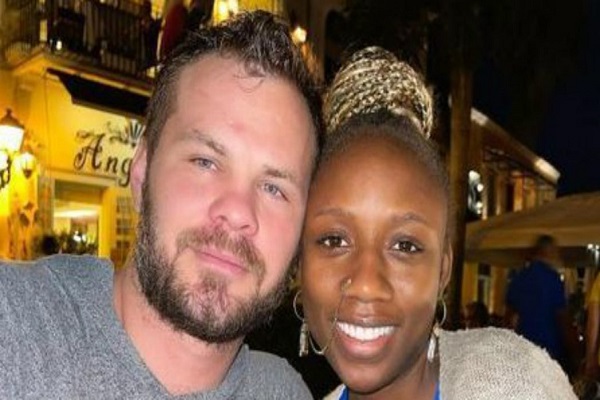 In a viral video, the US-based dancer cried out about Justin demanding spousal support aside his earlier demands for full custody of their two daughters, June and Athena.

According to Korra, she was informed by her lawyer that her ex-hubby had filed for their kids to be immediately taken away from her but was fortunately denied by a judge.

She also claimed that she’s been the one paying $1,800 for their daughters’ school fees and health insurance since February without as little as a dollar contribution from their father.

“He asked for the children full custody but now he’s asking for spousal support. I was not going to talk about this anymore. But this is not ending, it’s unending. And the more I don’t want to grumble. You guys are going through divorce with me. This is what has been happening.

“I have been paying $1,800 on school fees and health insurance for my daughters since February. This man has not contributed one dollar. Just for me to get something from my attorney today, telling me point plain that he is asking for spousal support. And he is asking for basically my children to be immediately taken away from me,” Obidi said in part.

Reacting to her outcry, many social media users told her to quit with the numerous complains and simply do like her ex-hubby has demanded by paying him his spousal support.

They argued a man who is richer than his wife does same when they divorce and since in the case, it’s the reverse, she should pay Justin his spousal support and hush with her complains. While others simply told her to face her challenges alone.

Manuel E-e said: “Pay him and stop complaining as men who are richer always pay their wives the same.”

Uzor Azubuike stated: “Please we have enough wahala to deal with in Nigeria..Flooding, no fuel, no light and food scarcity and hyperinflation. The worse of it is that Buhari don Japa. You can pay him after all men do pay women for spousal support.”

Marshall Tonwee said: “When it was sweet nobody heard about it. Now that it’s bitter don’t complain, face it squarely and stop crying on national dailies. That’s what marriage is all about.”

Destiny Osobalase wrote: “The whole Nigeria ladies that pushed you out of your marital home, are enjoying in their marital home. You as a young lady that would have borrow herself brain, you became carried away because they advised you to leave your husband.

Nda Emmanuel Tsobaza said: “Men and women are equal. Why complain when the roles are reversed. Pay your ex spousal support and stop playing the victim.”

Afolabi Damilare Michael wrote: “Who dey go through divorce with you? You dey ment? Na me dey knack you? You dey cook food for me?? Count me out oo oloshi.”