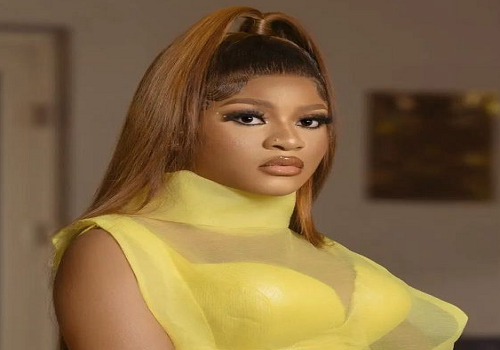 Big Brother Naija ‘Level Up’ winner Phyna has warned fans of the reality TV show to keep off her business.

Hype Priestess in a viral video communicated her wish to be left alone by the fans, including her personal fanbase ‘Phynation’, accusing a fraction of causing her more harm than good.

The exhausted reality TV star said she would give any room for the fans to drag her into a depressive state reiterating they stay out of her business.

“I want everybody out of my business, I love you Phynation, I really love you guys but it seems you guys or some of you have caused more harm than good to me. I’m human, I am a woman, enough of the ‘draggings’”.

“I’ve been going through a lot, I’ve been going through a lot lately and I really wish everybody just stay off my business and let me be. Everybody should just stay off my business, I don’t know if you guys want me to fall into depression or something but I am not giving room for that, I only won the show. I did not trade my soul,” the 25-year-old fan said.

Addressing other fan bases, Phyna added: “Not just Phynation, every other fanbase, everybody should leave me alone. I am not perfect, if you say anything about me, it’s fine. If your favourite… everybody came into this show, everybody did great.

My ex-boyfriend wants me back, says BBNaija S7 winner Phyna