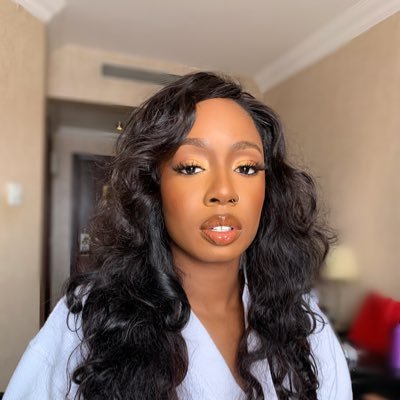 Former BBNaija ‘Lock Down’ housemate, Tolani Shobajo aka TBaj has bashed trolls over discouraging remarks on her new career path.

She noted her intention was to surprise fans with the news but had to wait until her birthday anniversary to do so.

Sharing an all-silver theme photo while rocking a new look, a blonde low-cut hair, the media personality expressed excitement over finally having the opportunity to share her surprise with her fans.

But in a recent tweet, TBaj blasted trolls for attempts to discourage her from her new career path with vile remarks.

According to her: “If you think your negative comments will discourage my new DJ career path, you’ve thought wrong.

“It’s also baffling when I read vile comments from grown men & women who ought to be ashamed of themselves.

“You troll hardworking public figures online when you have no food on your table? Idiots!

“If you have nothing encouraging to say to a person, learn to keep your dirty mouth shut.

“Avoid projecting your misery onto others. Double your hustle. Peace & love.”