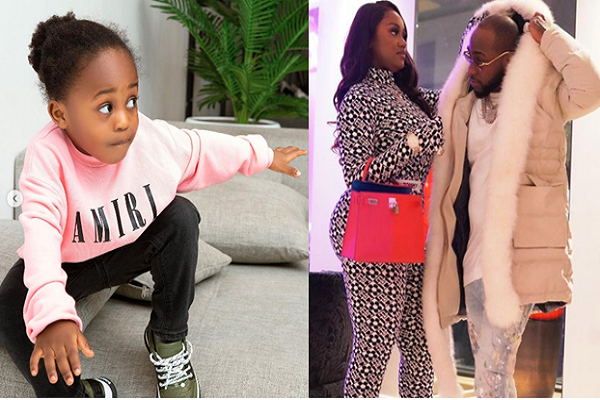 The four leading contenders for the 2023 presidential election have condoled with Afrobeats singer, Davido and his fiancée, Chioma Rowland on the tragic death of their son, Ifeanyi.

The sad news of the toddler’s demise emanated from a now-deleted Instagram post by actress, Eniola Badmus, on Monday night.

It went viral because of Badmus’ close relationship with Davido and his 30BG crew.

However, many yet doubted it until it was eventually confirmed on Tuesday morning by Lagos PPRO, Benjamin Hundeyin upon the arrest of the singer’s workers.

Ifeanyi, who clocked three on October 20 with a lavish party thrown to celebrate him, was reported to have drowned in the pool on Monday night while his parents were on a trip to Ibadan for a family function.

Bola Ahmed Tinubu (All Progressives Congress); Atiku Abubakar (Peoples Democratic Party) Peter Obi (Labour Party) and Rabiu Kwankwaso (New Nigerian National Party(NNNP) via their Twitter handle expressed their heartfelt condolences while offering prayers for the singer’s family.
Tinubu stated: “Oluremi and I send our heartfelt and deepest condolences to David, Chioma, and the entire Adeleke family over the tragic loss of their son, Ifeanyi. Our thoughts and prayers are with the family. May the Lord grant them the fortitude and strength to deal with this painful tragedy.”

Kwankwaso tweeted: “My heart and prayers go to David Adeleke @davido and Chioma, in this very trying time. May God guide and keep you through this tragic period. – RMK.”

Atiku said: “My thoughts and prayers are with Davido and Chioma and the Adeleke family at this time. I pray for God to strengthen and comfort them. –AA.”

Obi wrote: “I send my sincere condolences to Davido and Chioma, over the death of their son Ifeanyi. I cannot begin to imagine the pains they are going through at the moment. May God grant them healing, strength and comfort in this trying time. My thoughts and prayers are with the family.-PO