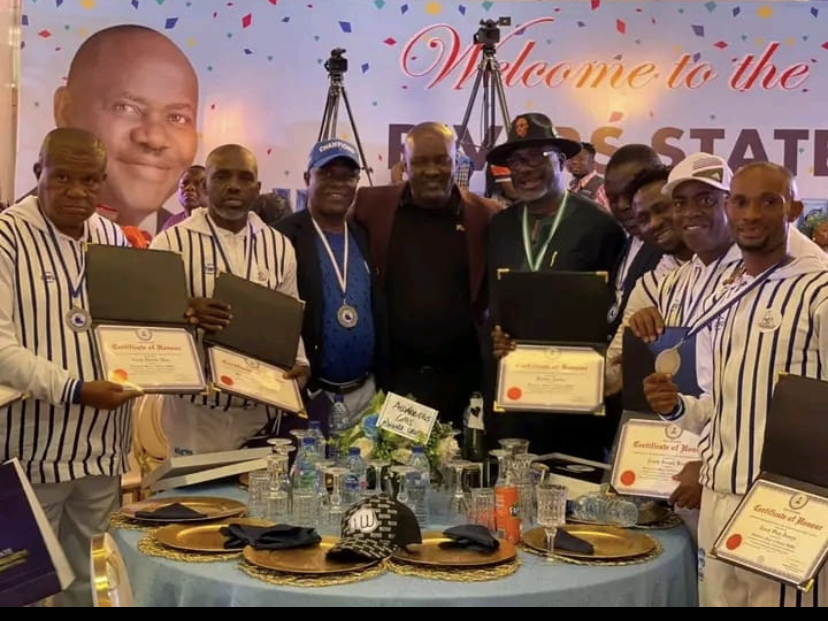 The Rivers State Governor, Nyesom Wike, has conferred one of the highest awards in the state on players and officials of Rivers United football club of Port Harcourt.

The governor awarded them at an event tagged “State honour and award 2022” organized by the Rivers State Government in Port Harcourt.

The award, Governor’s Medal of Service (GMS), is the third highest distinction in Rivers state order conferred on individuals in recognition of their exceptional service/performance in any field of human endeavour.

The players and officials of the team  got the honours as a result of their emergence as champions of the 2021/2022 Nigeria Professional Football League (NPFL).