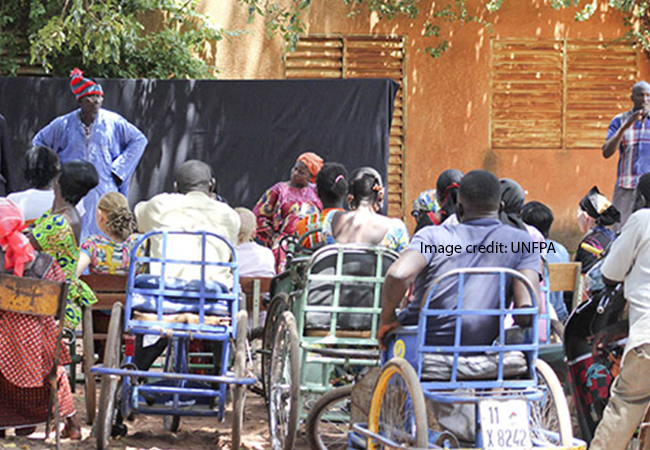 The Leprosy Mission Nigeria has said that women and girls with disabilities are often faced with a disproportionately high rate of gender-based violence, sexual abuse, neglect, maltreatment, and exploitation.

The group also noted that the established gender-based violence referral pathways remain inaccessible to persons with disabilities, while perpetrators continue to violate them with impunity.

TLMN stated this during a press briefing on Tuesday in commemoration of the 16 days of activism and the international day for persons with disabilities with the theme ‘Unite! Activism to End Violence against Women and Girls and the year 2022 International Day of Persons with Disabilities: Transformative Solutions for Inclusive Development,’ organised in collaboration with the Disability Rights Advocacy Center.

The gender adviser for TLMN, Stella Udobong said “Two out of three women in Nigeria experience some form of violence in their lifetime. For women and girls with disabilities, they are often faced with a disproportionately high rate of gender-based violence, sexual abuse, neglect, maltreatment, and exploitation.

“The irony of the situation for persons with disabilities is that, while society denies their Sexual Reproductive Health Rights, they remain the most sexually violated and abused, most often by those who are family and caregivers, and as a result of their various forms of disabilities, forms of communications and expressions of these experiences, they are usually never taken into account.

“It thus becomes imperative to amplify and bring to the fore, the violation of women and girls with disabilities in Nigeria, and in line with the theme of this year’s 16 days activism on Gender-Based Violence.”

Also speaking, the independent consultant, Toyin Aderemi, said “We are asking for an accessible world for everybody and that includes Sexual Reproductive Health Rights.”