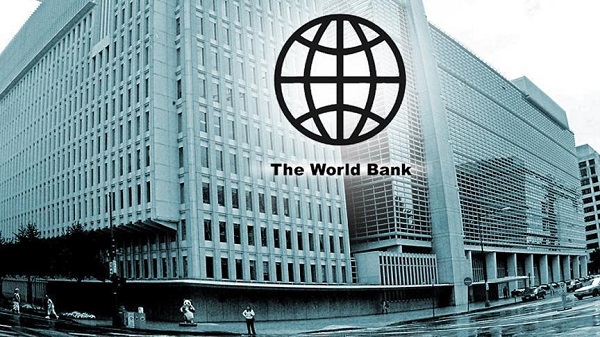 Nigeria has been warned that it’s fragile economy risks getting worse if the government does not carry out fiscal adjustments that will sustain development.

The World Bank gave the warning in Abuja yesterday when it unveiled its report on fiscal adjustment.

The report, titled: “Nigeria Public Finance Review: Fiscal Adjustment for Better and Sustained Results,” said, “Macroeconomic and fiscal reforms are urgently needed to lift Nigeria’s development outcomes, which are severely constrained by inefficient use of resources.”

The World Bank in the report said corruption and the deployment of huge resources to fund subsidies that favour wealthy families, have proven to be detrimental to the masses who continue to wallow in poverty.

According to the World Bank, “for years, a large share of Nigeria’s resources had financed inefficient and regressive subsidies for petrol, electricity, and foreign exchange. Not all these subsidies are accounted for in the budget, which makes them difficult to track and scrutinize.

“However, available data suggest that these subsidies, which accounted for more than the amount spent on education, health, and social protection in 2021, benefit primarily wealthy households.

The report noted that Nigeria had one of the lowest public expenditure and revenue levels in the world, undermining the government’s ability to improve service delivery.

“Between 2015 and 2021, total public spending in Nigeria averaged 12 per cent of Gross Domestic Product (GDP), less than half the world average of 30 per cent,” it said.

All these, he said, “would lay the groundwork for the increases in public revenues and spending needed to improve development outcomes”.

According to Malpass, “decisive moves would significantly improve the business enabling environment in Nigeria, attract foreign direct investment, and reduce inflation. The World Bank is ready to increase support to Nigeria as it designs and implements these critical reforms.”

The bank’s Country Director for Nigeria, Mr. Shubham Chaudhuri, said, “Nigeria is at a critical historical juncture and has a choice to make.

“A child born in Nigeria today will be only 36 per cent as productive when she grows up as she could be if she had access to effective public education and health services, and has a life expectancy of only 55 years.

“These stark indicators illustrate the urgency for action by Nigeria’s policymakers to improve the macroeconomic and fiscal framework, so as to sustainably enhance the quality of spending and public services at federal and state levels.”

The Director-General (DG) of the Budget Office of the Federation, Mr. Ben Akabueze, who was a panelist at the unveiling, said Nigeria “must tax the rich appropriately, in order to enhance revenue generation.

“We have extremely wealthy people existing side-by-side with extremely poor people.  I describe it as ‘elite conspiracy’ not to distribute a fair share of the nation’s resources.

“If you own a private jet, that is fantastic. If you buy one for yourself, buy one for the country by paying 100 per cent tax on it. This is not an area of debate.

“Certain sectors that are growing very well also need to pay taxes. The creative and media- you have all these folks assaulting us daily with their show of their news cars and of these. I don’t see any other option. We have to tax the rich. They should pay taxes commensurate with their earnings.”

Also speaking, the Director-General of the Debt Management Office (DMO), Ms. Patience Oniha, said that she would prefer to have all Nigeria’s external borrowings as concessional facilities.

She noted, however, that the concessional sources were limited and as such others had to be explored.

The DG re-echoed the sentiments of the DG Budget by insisting that there’s need to raise more tax revenues, as well as source funds from the nation’s assets, rather than ignoring them.

In his contribution, the Chief Economic Adviser to the President, Dr. Doyin Salami, disagreed with the position of multilateral institutions like the World Bank and the International Monetary Fund (IMF) that the nation’s foreign exchange market should be left to the vagaries of the market.