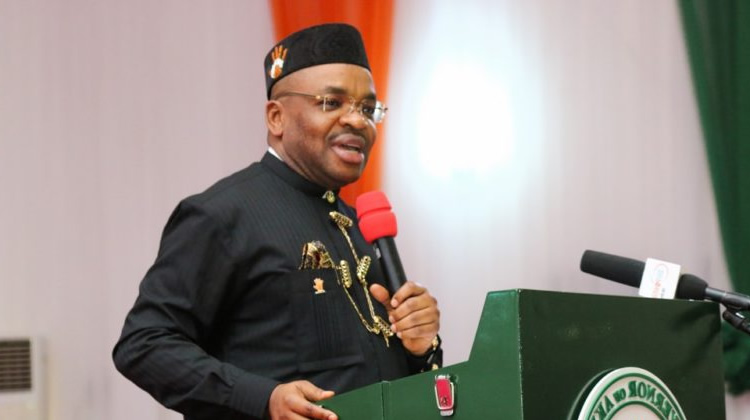 The Commissioner of Environment and Solid Minerals, Charles Udoh, has refuted a news publication where he was quoted to have said that Governor Udom Emmanuel must account for their deducted salaries.

The former Commissioner of Information, in a statement he issued on Sunday titled ‘Re: Udom Must Account for our deducted salaries’ described the publication as false, malicious, and a “blackmail taken too far”.

The statement read in part, “My attention has been drawn to the above-mentioned publication credited to me, which is making the rounds in the social media. I wish to state as follows:

“That the said statements are false, malicious, and merely a figment of the imagination of the writer and his sponsor. The incident never happened.

“The said publication is blackmail taken too far aimed at deterring me from performing my official duties and putting a strain on my relationship with my boss, the Governor of Akwa Ibom State, Mr. Udom Emmanuel.

“I wish to advise the purveyors of this malicious news to redirect their negative energy towards saving their boss and pay master from the shackles of investigators over financial crimes.

“It is nauseating that a governorship aspirant who turned the funeral ceremonies of his siblings and close aides into a political rally to cast aspersions on his opponents and a sitting Governor, could sanction such malicious libelous publications by his aides.

“The good news is that, Akwa Ibomites are wiser and never again will a blackmailer and his cohorts be allowed to have access to the keys of government house.

“I have instructed my Lawyers to explore every legal means to prosecute the imbeciles behind the libelous publication, while informing the security agencies to investigate this failed attempt at reputation damage.

“My loyalty and fidelity to the completion agenda and succession plan of my boss, the Governor of Akwa Ibom State, remains unalloyed”.