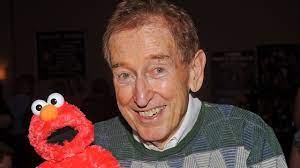 Bob McGrath, one of the original human actors of children’s puppet TV show, Sesame Street, has died at the age of 90.

His family confirmed the news that the singer died peacefully at his home, via his Facebook page, on Sunday.

“Hello Facebook friends, the McGrath family has some sad news to share. Our father Bob McGrath, passed away today. He died peacefully at home, surrounded by his family,” the post read.

McGrath played the role of Bob Johnson, the Sesame Street’s resident music teacher, since its inception in 1969.

His character was however retired in 2016, after the show was retooled in its 47th season.

Born in 1932, the Ottawa native also had an established career in music. In the mid 1960’s he became a famed recording artist in Japan after releasing several hit albums of folk songs and ballads sung in Japanese.