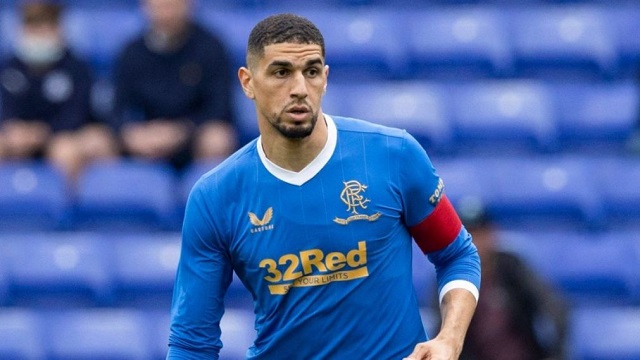 Former Rangers defender, Leon Balogun has revealed players at the club were ‘heartbroken’ when Steven Gerrard left the club.

The Englishman joined Aston Villa in November last year after guiding the club to their 55th Scottish Premiership title.

And now the Nigerian international, who himself departed the Light Blues during the summer, has explained how the Ibrox dressing room was feeling when Gerrard moved on.

Speaking on the Beautiful Game Podcast, he said: “Joe, Calvin and I were with the national team when it happened. We could not believe he had left.

“We were like, ‘he won’t leave we are doing too well.’

“We were four or so points clear at the time. It was weird and I think everyone was heartbroken, even them.

“Steven Gerrard, Mick Beale, Gary McCallister and the rest of the staff, we built a relationship there.
“I only worked under them for 18 months, but some players were there for three years.

“So there was a close bond. When they first left, I was like ‘they have left us!’

“In the end we understood that he wanted to go to Premier League, and I think he turned down a few offers before that.”

The 34-year-old is currently on the books of QPR and he went on to explain how disappointed he was to have to move on from the Light Blues.

“I was very sad to leave,” he continued.

“The club infected me with their blue fever. I did not leave Rangers.

“It is more like I was released. That is the fairest way to put it.

“I wanted to stay. I love the club. I felt like I had found a home there.”