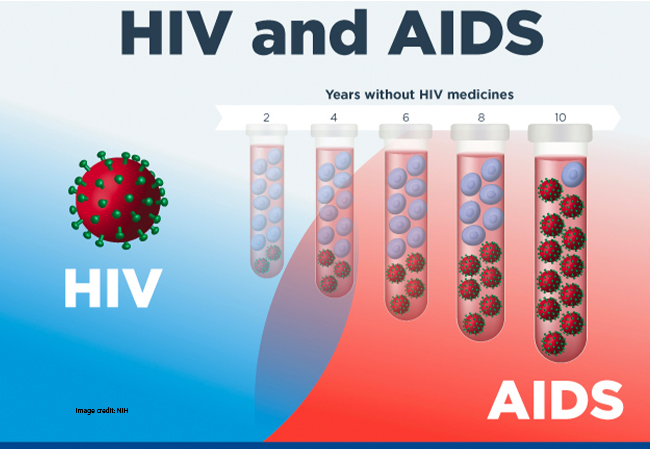 The experts noted that though poverty has long been a major obstacle to access to HIV treatment in Nigeria, COVID-19 and insecurity had further worsened the problem.

The experts who spoke with Reportr Door Healthwise in exclusive interviews in commemoration of this year’s event, said insecurity and COVID-19 remain a threat to access to HIV treatment services in Nigeria.

They urged the Federal and state governments to take drastic actions to tackle the problem.

World AIDS Day is celebrated every December 1 annually to raise awareness, commemorate those who have passed on, and celebrate victories, such as increased access to treatment and prevention services.

The theme of this year’s event is ‘Equalize’. The reason for this focus, according to the World Health Organisation is that HIV reflects economic and social inequity, stressing that people with low socio-economic status are worst affected by the epidemic.

Speaking with our correspondent, a Consultant Obstetrician and Gynaecologist at the Aminu Kano Teaching Hospital, Kano, Dr. Sule Abdullahi, said insecurity, COVID-19, and poverty are denying women and children access to HIV treatment.

Abdullahi, who is a Senior Lecturer, Department of Obstetrics and Gynaecology at Bayero University, Kano, said, “During the COVID-19 era, you know that the whole country was locked down for almost more than a month.

“So, many hospitals were closed because of fear of the disease. So, those who are on drugs, especially HIV drugs, both women and children, and even adults have no access to the drugs.

“They had nowhere to get the drugs, they couldn’t go to the hospital, everywhere was locked. Unfortunately, with HIV drugs, once you are less than 95 per cent compliant, the virus can easily develop resistance and you have to use newer drugs. These newer drugs are more expensive and have more side effects and are difficult to access.

“After COVID-19, it took almost a year for the whole HIV programme to come back to its normal shape. So, that has affected the programme.”

The consultant obstetrician and gynaecologist who is also an expert on HIV/AIDS in women said insecurity had really affected a lot of women and children living with HIV from having access to HIV treatment services.

The maternal health expert said, “The other issue is insecurity. You can see the security situation in the country. In some areas, you cannot just move about anyhow and some of the healthcare facilities are far away from the rural and remote areas.

“This has affected a lot of women and children. They won’t be able to go to the hospital anytime they feel like going because of fear of insecurity.

“They can be kidnapped and demanded to pay a ransom. Sometimes, in areas where Boko Haram has been established, you can have an attack anytime. So, there is fear.

The WHO says the global HIV response is in danger, even as HIV remains a major public health issue that affects millions of people worldwide.

According to the global health body, over the last few years progress toward HIV goals has stalled, resources have shrunk, and millions of lives are at risk as a result.

“Persistent economic, social, cultural and legal inequalities and challenges posed by the COVID-19 pandemic and other global crises requires renewed efforts to maintain visibility for HIV and to end AIDS as a public health threat”, it noted.

The National Agency for the Control of AIDS says 1,619,133 out of the 1.9 million Nigerians living with Human Immunodeficiency Virus are now on treatment.

Data from the Nigeria National HIV/AIDS Indicator and Impact Survey released in 2019 by the Joint United Nations Programme on HIV/AIDS and NACA estimate that 1.9 million people are living with HIV in Nigeria.

The survey indicates that Nigeria has an HIV prevalence of 1.4 per cent.

Continuing, Abdullahi also identified a lack of awareness among the populace as well as male factors as part of the problem affecting access to HIV treatment in the country.

The gynaecologist further said a change in the economy of the world had also affected access to HIV treatment in Nigeria because the support the country was getting from international donors had reduced.

“You know that HIV care in Nigeria is donor dependent, because of the global economic shrinking, some of the non-governmental organisations into HIV programmes have closed down,” he added.

Recommending the way forward, the maternal health expert said for the country to witness improvement in access to HIV services, the government should strengthen existing structures.

According to him, the government should strengthen the primary healthcare system as well as the secondary facilities and make them optimal.

He also suggested improvement in the economy, Basic Healthcare Provision Fund and an increase in awareness creation.

Abdullahi also recommended community involvement in the National Health Insurance Authority, assuring that all these could change the narrative.

David, who is a Consultant Paediatrician in the Clinical Services Department of the institute, explained, “We did a study early in the pandemic, during the lockdown and we found out that the lockdown caused about 40 to 60 percent of our clients to miss their drug- pickup- appointments because they could not come.

“There are other studies from other centres saying the same thing that COVID-19 really affected the HIV response negatively. Of course, we know about insecurity and terrorism in Nigeria.

“People in IDP camps do not have access to the HIV services that they need and then, of course, poverty is there. HIV funding is dwindling. Not all the services that were covered before are now covered.”

She urged the government to alleviate poverty while calling for the expansion of HIV testing and treatment services.

On the way forward, the researcher recommended, “We should ensure that services are scaled up even to the remotest part of the country starting from testing and advocacy services so that people will know their status. And if they know their status, they can get a centre very close to them where they can be enrolled for care.

“So, we must also scale up testing services. Every single Nigerian irrespective of gender and ethnicity has a right to access preventive care and treatment services for HIV.” 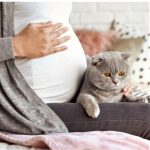