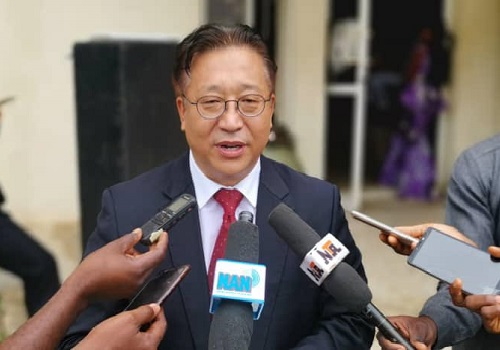 The Chinese Government has expressed readiness to help Nigeria end the incessant farmer and herders clashes.

The Chinese Ambassador to Nigeria, Cui Jianchun, said his country is willing to set up a technology driving cattle feed production project in the country.

Jianchun spoke in Abuja on Friday while on tour of just completed China-aid Nigeria Agriculture demonstration centre project in the company of the Permanent Secretary, Federal Ministry of Agriculture and Rural Development, Ernest Umakhihe.

He said the project when completed will be a training and demonstration centre for the production of cattle feeds.

He said the technology is already is place in over 100 countries.

Jianchun said he would be seeking a 20 hectre of land from the government to commence the project which he said will be economically viable to farmers and the country.

The Ambassador, said he would be discussing the project with the Nigerian government.

He said what they only required from the government is the site for the project.

The envoy said: “I am planning to talk to the FCT Minister, Mohammed Bello to give us 20 hectres of land to build twins hall technology.

“We use this technology to grow mushrooms for food to feed the cattles. We feed the people and then the animals. This will help curb the clashes between herders and farmers.

“We are ready from the Chinese side to bring the farmers to the demonstration centre to train them on technology.”

The envoy also noted that the just completed China-aid Nigeria Agriculture centre project will go a long way to improve agricultural production in the country.

He added: “Food is security that everyone needs. Without Agriculture, the whole country cannot be stable. Every year in Chinese document in the front page, it is about farmers, and agriculture.”

Speaking further on the centre, the envoy said, “We need technology in the development of Agriculture. So I think that this demonstration centre can really perform such. Also, this project is also called the ‘friendship’ project. We believe that Nigeria needs this kind of demonstration centre to cultivate more talented experts, technicians etc to improve our agricultural sector.

“I hope that this project is a starting point that the two nations can work together to bring more investment from international communities. We could solve food insecurity issues.”

Umakhihe promised that the government will take full advantage of the project.

Umakhihe said “We want to be strong partners in this project. The Chinese and Nigerian government have had cooperation over several sectors. Having inspected what is in ground, this project is a worthy one and we will take full advantage of what we have seen.