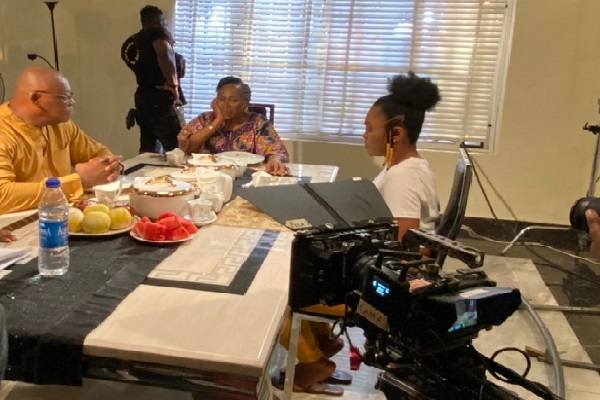 ‘Ije Awele’, the feature film being anticipated to mark a turning point for the Nigerian film industry, is set to premier to an impressive review in a few coming days.

The star-studded, thought-provoking project produced by Victoria Nwogu and directed by Emeka Ojukwu highlights the story of very many girls in the world facing abuse from people who should protect them. It touches on all sides of a young girl’s journey to self-discovery.

Most remarkable is the inspiring blend of veterans such as Onyeka Owenu, Keppy Ekpeyong Bassey, Ejike Asiegbu, Ngozi Nwosu, and younger stars such as Victoria Nwogu and Jidekene Achufusi (Swanky JKA), which did an amazing job in helping to emphasize the need to tackle the persistent abuse of the girl child.

Ije Awélé is a story of a girl who has been molested by her father since the age of 6. She finds out in her later years that her mother has known all the while and has been giving her contraceptives, covering up for her father  to save family name. This leaves the young girl feeling mostly betrayed and begins searching for answers, because “how can a mother do this to her own child? Along the way she finds love and finds more secrets. In the end she finds fulfilment and grows past the abuse and anger

Other members of the cast include Seun Ajayi, Esther Uzodimma among others

Emeka Nwokocha is the executive producer.