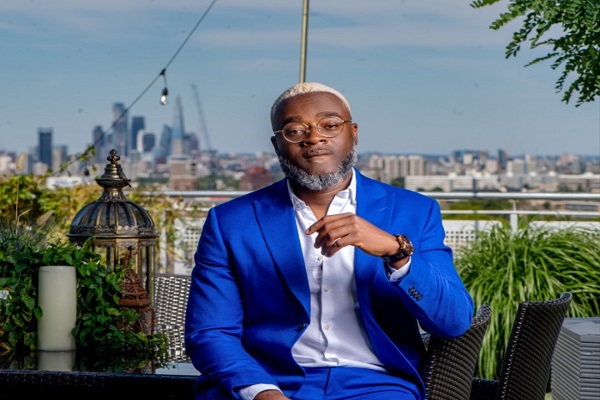 Raving music talent, Bimbi Philips, has come up with what music assessors have said would be a blockbuster before its release titled OYO.

The Afrobeats crooner has revolutionised the music world with a deep passion and uniquely uplifting approach, using OYO to redeﬁne what it is for men to age with appeal and attract women deserving of an exceptional partner.

In Bimbi’s music and artistry, music lovers will see an accomplished, secure facilitator of deep respect, support and the voice of women screaming for partners who can love them, treat them, know them, and position them for their own success and full potential.

The Afrobeats artist, popularly known as The Gọdfàdá, according to experts, has shown what it takes in music to grow into a respectful, salt-’n’-pepper, sexy-as-all-get-out provider for women seeking the ultimate in security and experience.

Read Also: Somebody people think we aren’t friends is on my album – Wizkid

Bimbi, whose followers see as someone who elicits a distinguished genteel with a playful edge, is a walking example of what it means to strive for success and to have the means to respect and dote on your woman like the queen she is.

He said a man needs to make money to be able to treat his woman as someone deserving of emotional support, devotion, great times and plenty of spoiling, all of which he has communicated with the OYO song about to be released.

Bimbi, who began touring the theatre audience in Europe just before COVID-19 hit, has reintroduced himself with a shocker in a new wave of his yet-to-be-released single, addressing a somewhat controversial view on the relationship dynamics of men and women today.

According to him: “OYO has ﬁnally given me the opportunity to voice out what I have been deeply passionate about, especially being a message to men that hits home hardest.”

He said all he is out to do with OYO, is to use his music to change the narrative for men and become a voice for women.

“They need to see the new narrative in play. What I want men to ask themselves is, how do I own my success and my pride respectably and respectfully, that is worthy of the type of woman I want?”

“That pivot to a man’s mindset can shift their own outcome in their career, in their relationships, in their entire life, really,” Bimbi Philips said.

In the OYO song, he said, “the ﬁrst single addresses men behaving poorly or not treating their women with the respect and adoration they deserve.”

Hence, Bimbi said he wants to give women and men that direct voice that they can take to TikTok and Instagram and up-level the norm, saying, “It is important to note, too, that not all guys see women as gold diggers, or what have you. Of course.”

Will Men look to Bimbi as a role model? Bimbi’s music intends to make that honour count, embodying a graceful segue from the rowdy, often-immature ways of a young man’s early adulthood to full embodiment of gracious, treat-you-right true masculinity.

To engage with Bimbi as an Afrobeats community leader is to be motivated to “aspire” status.

In a light summary, Afrobeats artist, Bimbi Philips the Gọdfàdá shows what it is to grow into the respectful, salt-’n’-pepper, sexy-as-all-get-out provider for women seeking the ultimate in security and experience.