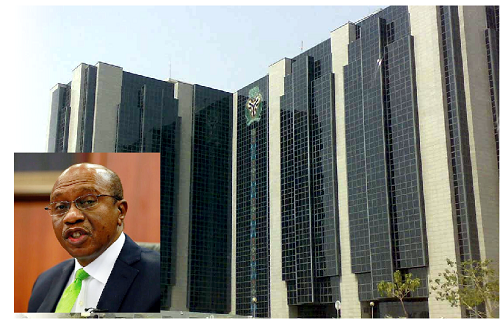 Since the Central Bank of Nigeria (CBN) announced plans to redesign the 200, 500, and 1,000 naira notes with effect from Thursday, December 15, 2022, the development has led to chain of reactions with many hoarders literally falling over themselves as they release hurls of cash hitherto stashed away in their closets, reports Ibrahim Apekhade Yusuf.

Some five years ago when this reporter embarked on a pilgrimage to the Holy land in Mecca, in Saudi Arabia, during the return journey back to Nigeria, airport officials at Jeddah literally searched every luggage with a fine tooth comb all in a bid to ensure that no passenger was carrying any contraband in the first place and to also ascertain that each of our personal effects including hand luggage didn’t go beyond the minimum weight limit of 10kg allowed.

Lo and behold, when they got to the turn of a middle-aged woman she had excess luggage. But that is not even the issue. At issue is that they found all manner of nondescript items from rusty mugs, half eaten loaves of bread already given off bad odour, dried beef oozing out maggots, teabags, you name it!

Pronto, the officials had those items confiscated and later whisked her away.

The above short anecdote becomes apposite in describing the current anguish by Nigerians, especially currency hoarders caught up in the web of the new Naira redesign plan announced by the Central Bank of Nigeria (CBN).

The CBN Governor, Godwin Emefiele had penultimate Wednesday said that the apex bank would redesign the country’s currency from 200 Naira denomination to N1,000 notes.

He said that the action was taken in order to take control of the currency in circulation just as he insisted that the bulk of the nation’s currency notes were outside banking operations and that the CBN would not allow the situation to continue.

Emefiele also complained that Nigerians are hoarding about N2.7 trillion from the financial system.

Out of the N3.3 trillion in circulation, only N600 billion is in the vaults of commercial banks. Emefiele said this shouldn’t be allowed to happen, and also advised Nigerians to start keeping their money in banks.

The redesigning of the naira notes will compel Nigerians to take the hoarded currency out, in order to collect the new designed notes.

The planned policy he added, was in line with Sections 19, subsections A and B of the CBN Act 2007, upon which the management of the CBN sought and obtained the approval of President Muhammadu Buhari to redesign, produce, and circulate new series of banknotes at N200, N500, and N1,000 notes.

No longer at ease with currency hoarders

Expectedly, following the new policy regime on the new naira redesign, most of the banks have been receiving heaps of naira notes as many hoarders are bringing in their cash hurl.

Taiwo Hassan, who deals on building materials who went to one of the commercial banks (name withheld) to transact revealed that he was paid in naira notes produced over 15 years ago, all fresh mints.

“When I visited my bank last Wednesday, I was paid in freshly minted N200 notes printed over 16 years ago. And to think that I was in the same bank to request for similar thing was very much surprising,” he said, adding that the new rule will lead to a lot of discoveries.

Investigation by our correspondent revealed that most illegal hoarders have been avoiding official forex market just to evade arrest by the Economic and Financial Crimes Commission (EFCC).

It may be recalled that the anti-graft czar, Abdulrasheed Bawa, had stated that individuals with illicit local currency could use the parallel market as dumping ground in exchange for dollars ahead of the December 15 release date for the redesigned naira notes.

As a result, demand for dollar will rise, causing the value to appreciate against naira, and enabling Bureau De Change operators to continue charging at a premium.

Compulsive hoarders, he stressed, feel emotional attachments to their money and possessions, making it difficult for them to spend or discard accumulated items.

“Just as all types of hoarding illnesses prompt people to accumulate things they don’t really need, the activity of hoarding money is likely to trigger a short-term burst of good feelings.”

Thumbs up by EFCC

The Economic and Financial Crimes Commission has applauded the move by the CBN, to redesign and reissue higher denominations of the Naira.

Responding to the development, the Executive Chairman of the EFCC, Abdulrasheed Bawa described the move by the apex bank as “a well-considered and timely response” to the challenges of currency management which has negatively impacted the country’s monetary policy and security imperatives.

“The EFCC, the CBN and some other regulators in the financial sector have worked closely in the recent past to determine how best to stabilise the country’s monetary policy environment. It is heart-warming that the CBN has demonstrated courage in taking this bold decision which I believe will bring sanity to the current management situation in Nigeria,” he said.

He called on operators in the Nigerian financial services sector, especially deposit money banks and bureau de change operators to work within the guidelines provided by the CBN to ensure the seamless withdrawal of the old currency.

Bawa however warned that EFCC will monitor the process to ensure that unscrupulous players and currency speculators and their cohorts among the BDCs do not undermine the exercise. He also charged banks to be alive to their reporting obligations and not assist unscrupulous customers in laundering suspected proceeds of crimes through their system.

The EFCC boss further pointed out that the objectives which the CBN seeks to achieve with the redesign and reissue of the higher denomination Naira notes were in tandem with the objectives of the Money Laundering Prevention Prohibition Act 2022, which criminalises the conduct of cash transactions above a certain threshold.

Read Also: Why I approved naira redesign, by Buhari

Optimistic that the new currency measure would further boost Nigerians’ embrace of banking culture and encourage the acceptance of cashless transactions, the EFCC Chairman recalled that the Commission had recently taken operational action against currency hoarders in major commercial cities of Nigeria.

“It is therefore pertinent to issue this stern warning to Bureau de Change operators to be wary of currency hoarders who would attempt to seize this opportunity to offload the currencies they had illegally stashed away.”

Noting that currency hoarders readily made their hoard available to criminal enterprise, the EFCC boss further stated that the Commission will spare no effort to bring to book any financial services operator who runs afoul of extant laws and regulations.

In response to the decision by the CBN, the EFCC boss said Bureau De Change operators should be wary of persons who will try to use the BDC outlets to offload the illegal money they have been hoarding.

Bawa also urged commercial banks to adhere to their obligations of reporting suspicious transactions done by their customers, as the EFCC will go after any financial institutions that operate contrary to the laws.

He said the redesigned naira notes are well-considered and timely response, hinting that it will aid in currency management within the country.

Also, Bawa revealed that the anti-graft agency and the central bank, as well as other regulators in the financial sector “have worked closely in the recent past to determine how best to stabilise the country’s monetary policy environment.

“It is heart-warming that the CBN has demonstrated courage in taking this bold decision which I believe will bring sanity to the currency management situation in Nigeria.”

As to be expected, the new policy regime is having rippled negative effects on the activities of bureau de change operators, many of who have had a brush with the law enforcement agents.

A BDC operator in Lagos, who simply gave his name as Abdallah Dollar, said some of his colleagues had a brush with law enforcement officer midweek as he was accosted on his way to the bank.

Abdallah recalled that he had to mobilise his other colleagues to appeal to the EFCC officials to release him.

Scores of black market currency dealers along Lagos Airport road said the clampdown by the law enforcement officers was nothing short of witch-hunt.

In a statement made available to The Nation, the Association of Bureau De Change Operators of Nigeria (ABCON) President, Aminu Gwadabe, that, “I am not a prophet of doom and student of continuing naira depreciation but except fundamental goodwill and courage are demonstrated, the naira will continue to suffer loss in exchange for the greenbacks.”

Gwadabe had stated that the foreign policies of the CBN were fueling the value of the US dollar against the naira, and creating a huge premium between official and parallel market rates.

“Hawking of currency is a crime,” Mr Gwadabe said.

The currency dealer urged all licensed BDC operators to be careful because they are currently in a trying period.

“Let’s be careful so that we will not fall victim,” he said.

Mr Gwadabe said they are demanding that the federal government revisit the sanction on BDC operators.

He said: “We were suspended because of all these criminalisation. So we are already in the bad books of the CBN for so many infractions. We are still talking to them not to throw the baby and the bad water.”

Gwadabe described his members as “the gatekeepers” and that when people see that they are porous, they may want to take advantage of them.

“In fact, the suspension of BDC operators has made them weaker and even made the unlicensed ones stronger,” he added.