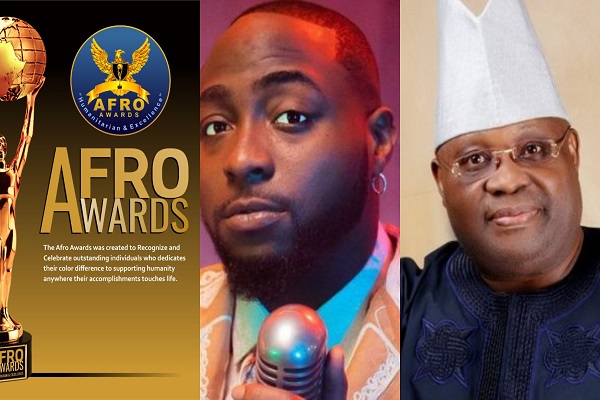 This is contained in a statement issued by Mr Taiwo Oduala, Founder and Executive Producer of The Afro Awards.

He said the awaradees as are among Africans and Americans, who distinguished themselves in various fields of endeavours.

The most anticipated event of the year, Afro Awards 2022, is billed to be broadcast live on Sunday, Nov. 6 at Regal La Live 1000 W Olympic Blvd, Los Angeles, California 90015, USA.

“The main focus of the award is to support people who have demonstrated exceptional humanitarian excellence in various fields, ” he said.

According to him, since inception, the Afro Awards has hosted and honored over 5,000 individuals at the core front of humanitarianism and philanthropy in American and African communities.

Oduala, who is also a film director gave names of some of the 2022 honorees to include; Curtis Young (Son of Dr Dre), Masika Kalysha (VH1’s Love & Hip Hop; We TV’s Growing Up Hip Hop),

The director explained that Red carpets arrivals start by 5:00pm with the main event at 7:00pm and an after party at 10:00pm.

He said the host for this year’s event is VH1’s Love & Hip Hop Star Masika Kalysha.