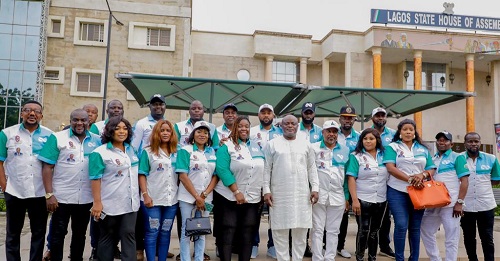 Popular actors, producers and entertainers under the auspices of Progressive Coalition of Entertainers have declared total support for the presidential candidate of the All Progressives Congress (APC) Asiwaju Bola Tinubu.

The group, led by popular actor, Saheed Balogun announced this during a courtesy visit to Lagos Speaker Mudashiru Obasa on Friday at the Assembly’s complex in Lagos.

Obasa, who received the group, urged them not to relent in their effort to ensure victory for the APC presidential candidate in the election.

He said: “Our task is to involve people, enlighten them and make them see reasons why they should continue to support APC.

“We know the group has always supported the party and we want them to continue.

“To us, every vote is an investment because every single vote counts.”

Balogun said the group of over 60 celebrities had come to endorse Tinubu because of his impact on the development of Lagos.

He said: “Since the campaign has commenced, the artists, having large followers on social media, see it as an opportunity to reach out and engage prospective voters.

“This is because we see Tinubu as one who had done a lot to qualify as the next president of Nigeria and we hope to continue to release the presidential candidate’s achievements.

“Asiwaju has done well and it is time to pay back. Every successive government continues to build on his foundation.” 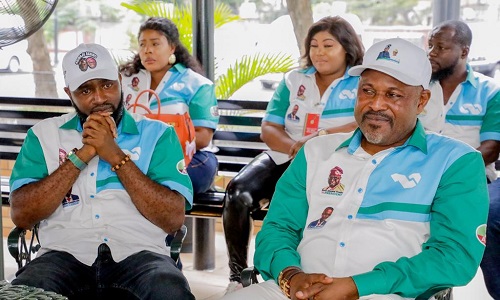