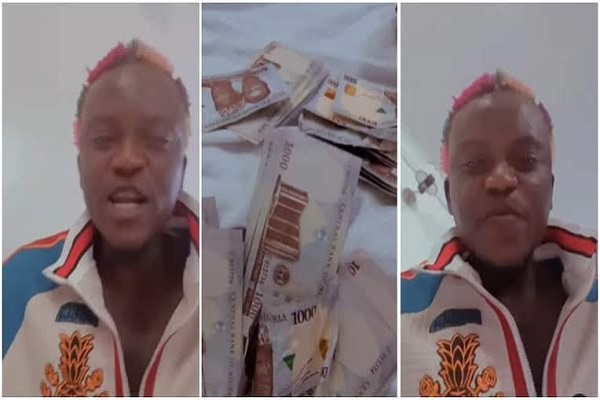 The self-styled ‘wahala’ singer shared a video that captures several N1000 notes on the bed of his hotel room right after a performance.

But a team member corrected him that Port Harcourt wasn’t responsible for spraying him the fake notes but rather a Niger man.

The “Zazu” crooner then instructed his team to tear the fake notes as captured in the video.