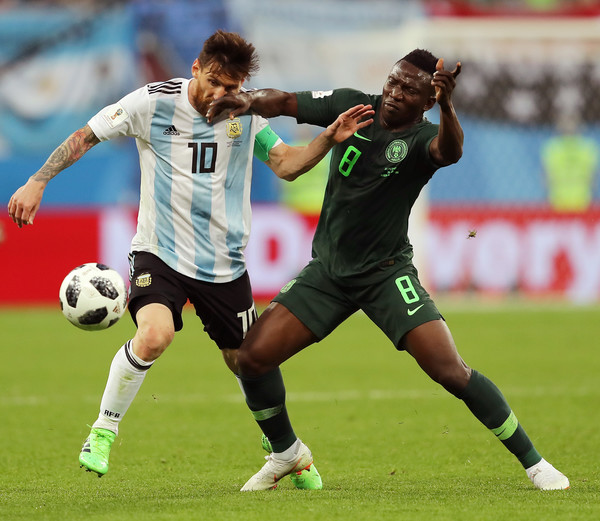 Lionel Messi says Argentina can’t believe the hype that they are among the favourites for the World Cup if they want to win the competition for the first time since 1986.

Argentina ended a 28-year tro- phy drought in 2021 when they beat Brazil in the Copa America final and they qualified for this month’s tournament in Qatar undefeated.

Lionel Scaloni’s side are now unbeaten in 35 games — dating back to 2019 — a run which has seen them picked by many to go all the way at the World Cup, which starts on Sunday when hosts Qatar play Ecuador.

“All national teams are tough to play against these days,” Messi told Universo Valdano when asked about Argentina’s chances.

“Every team [at the World Cup] will be difficult to beat.

“We have not had many games against European teams [in our unbeaten run], although they don’t like playing against us either — playing against South American teams is tough as well.

“We are in good form going into the finals, but we can’t fall into trap of believing the hype that we are favourites and will win it. We have to be realistic and go step by step.”

World champions France and Brazil are also among the favourites and Messi agreed they could be the teams that pose the biggest threat to Argentina’s chances of success.

“France are good,” he added. “They have some players injured, but they have a scary amount of potential in the squad. They have top players and a coach [Didier Deschamps] that has been there for a while with the same group and already won last the last World Cup.

“Brazil also have a core of players with a lot of quality, especially in the final third where they can beat men, they have good No.9s, Neymar.

“We have a good core, too, and players in good form as well. The injury to Gio [Lo Celso] was bad luck because he is so important for us, but others have come in. We are going to fight. That’s the idea. But first, we have to focus on winning the opening game [vs. Saudi Arabia on Nov. 22].”

Prior to that game against Saudi Arabia, Argentina will face the United Arab Emirates in a friendly on Wednesday. Messi joined his teammates in Abu Dhabi on Monday, where thousands of fans gathered to watch them train at the Al Nahyan Stadium.

One supporter even tried to get onto the pitch to meet Messi as the Albiceleste trained, but the fan was quickly tracked down by security.

Argentina’s group in Qatar is completed by Mexico and Poland, who they face on November 26 and November 30, respectively.

At 35, it’s potentially Messi’s last chance to win the World Cup after he said in October that this would be “the last one.” 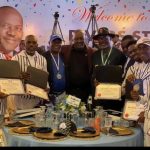