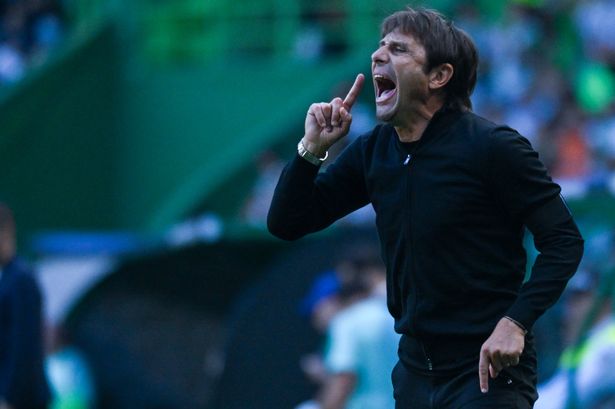 Tottenham Hotspur manager Antonio Conte said VAR is doing “a lot of damage” to football after seeing a last-gasp Harry Kane goal controversially ruled out in the 1-1 Champions League Group D draw with Sporting on Wednesday.

Kane fired home from close range with almost the last kick of the game in the fifth minute of stoppage time after Emerson Royal headed the ball across goal.

After a VAR check lasting several minutes Tottenham’s wild celebrations over a winner that would have sent them through to the last 16 turned to bitter frustration and Dutch referee Danny Makkelie sent off Conte for his reaction.

Photos of the decision with VAR lines added showed that Kane’s knee may have been milimetres offside when Emerson headed the ball across, although the ball also came to Kane off a Sporting defender.

“I think the ball was in front of Kane and the goal is a goal. Yeah. I don’t understand the line they put. It’s very difficult to comment on this decision,” Conte told BT Sport.

“VAR is doing a lot of damage. I want to see if in another stadium of a big team if they are ready to disallow this type of goal. I’d like to know this.

“A lot of injustice. I don’t like this type of situation. I see not positive things.”