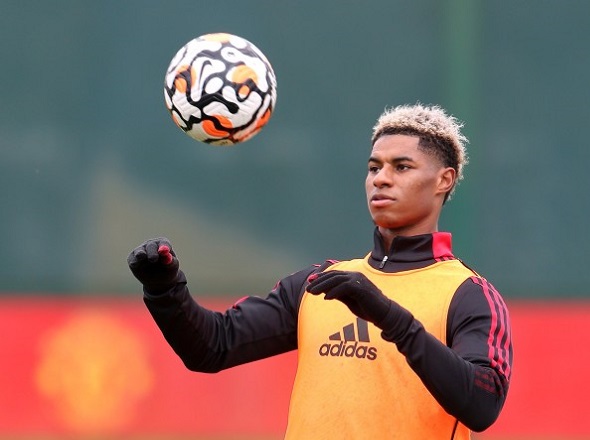 Marcus Rashford said he has put the 2022 World Cup out of his mind to make sure Manchester United stay in touch with the Premier League’s top four before the break.

Rashford scored the winner over West Ham United on Sunday — he has now scored in back-to-back games — and put himself in firm contention to make England’s squad for the tournament in Qatar, which begins on Nov. 20.

But the 25-year-old said he has not focused on the World Cup and is instead concentrating on United’s remaining four games.

“I’m not thinking about the World Cup at the minute,” Rashford said.

“I’m concentrating on the next game, we have to try and keep winning games here, we’ve got two more league games before the World Cup, if we win those two games we’ll stay in touch with the top four so that’s what I’m focused on.”

Rashford’s goals against FC Sheriff and West Ham both came from headers, something head coach Erik ten Hag said the forward has been working on in training.

“Getting into the areas is one thing, but the technique and the desire and wanting to get your head on the end of it, that’s what I’ve been working on, it’s nice to get a couple of goals out of that,” Rashford added.

“He just wants me to be in the right areas, scoring goals, pressing high up the pitch, little things I’m trying to keep chipping away at, keep working, even if you’re not having the best of days let’s try and stick to those principles, use that as a base, those fundamentals to round off your performance.”

Rashford’s 38th-minute winner against West Ham on Sunday was his seventh goal of the campaign, already two more than he managed last season.